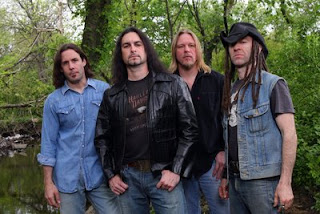 The self-titled debut from Black Water Rising, originally slated for release April 7, has been pushed back to a Summer ’09 release. The band planned on releasing the CD independently, but are now finalizing a deal with a record label. Drummer Mike Meselsohn checked in with an update:

“We have partnered up with a record label and are in the final stages of negotiating a deal,” says Meselsohn. “We will now have the resources to help take the band to the next level with a worldwide release. Unfortunately, our original release date of April 7th must get pushed back to allow for a full campaign with a new release date of Summer ‘09. We know that many of our fans have been anxiously awaiting the release of this album, but this is a great opportunity for us to get our music out to a much larger audience. We truly appreciate everyone's support, and we'll keep you all posted with any new developments. Come out and see us in the meantime!”

Posted by Fred Phillips at 4:53 PM