News: Shadows Fall reveals a few details of album due this fall 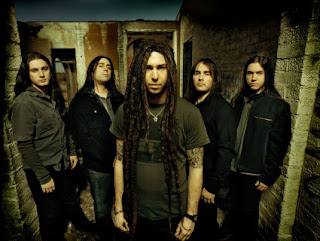 Details for the new record from Shadows Fall have recently been disclosed to Noisecreep.com. With regards to some of the new music for the band’s Fall 2009 release, singer Brian Fair says, “There are songs based on pure aggression and chaos, like 'My Demise' and 'Embracing Annihilation,' that showcase the thrash metal and melodic death metal influences that have been the bedrock of the Shadows Fall sound. There's tons of shredding guitar leads, double bass drum insanity and full on screaming.”

For more on the new record, check out the full story at Noisecreep.com.

As previously announced, Shadows Fall will be releasing their Fall 2009 release on their own label in collaboration with Warner Brothers’ Independent Label Group, Ferret Music and ChannelZERO entertainment.