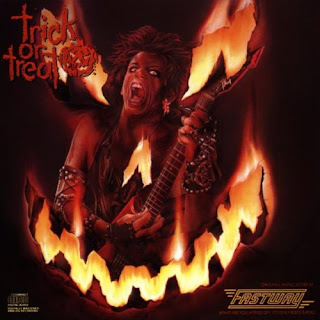 When I was in junior high, I thought Trick or Treat just might be one of the greatest movies ever. I’d stay up to watch it in the wee hours on MTV, and on the rare occasion that I had a chance to rent a movie to watch by myself, it was often my choice. I even wrote a sequel to it at one point that, of course, featured a kid who totally wasn’t me in the lead role.

The movie tells the story of rocker Sammi Curr, who has died in a hotel fire, but his restless spirit has a plan to return to life during the playing of his unreleased album at midnight on Halloween. It features some pretty bad acting by Gene Simmons as the DJ who plans to play the album, and a hilarious but equally bad cameo by Ozzy Osbourne as a TV preacher.
Read more »
Posted by Fred Phillips at 1:27 PM No comments: 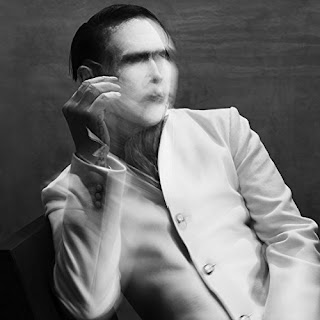 When Marilyn Manson’s latest, The Pale Emperor, hit shelves earlier this year, I dismissed it, as I have the many mediocre Manson records since Mechanical Animals. In fact, I even wrote a review of Mechanical Animals the week it was released instead.

Much to my surprise, though, The Pale Emperor has become one of my favorite records of 2015. Granted, this has been kind of a meh musical year for me, but this record would be a contender in any year.

The Pale Emperor features something that I’ve not heard from Manson in a while, and that’s the willingness to push himself and evolve a little. It’s an interesting blend of the Bowie-esque sounds of Mechanical Animals with some things that we haven’t heard from the shock rocker before, and while Marilyn Manson seemed to get lost a little after his third record, this one feels more like a natural progression from it than anything since.
Read more »
Posted by Fred Phillips at 2:33 PM No comments: 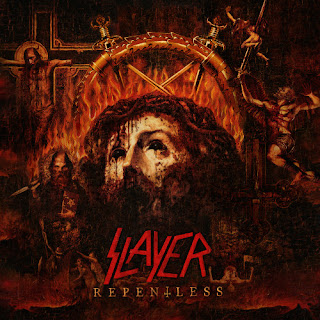 There are a handful of bands out there in the hard rock/metal world that make a writer wonder if there’s really any point to reviewing a new release — bands like AC/DC, Motorhead and, of course, Slayer. They’re bands that do what they do, and they have a rabid hardcore following who loves every single similar note.

It’s a quote that perfectly fits Slayer, whose 12th album Repentless certainly doesn’t break from the mold of what they do. Though the thrashers have probably taken a few more chances with their music than AC/DC, reaching for a slightly more mainstream audience on 1990’s Seasons in the Abyss and incorporating some nu metal influence on 1998’s Diabolus in Musica, the basic musical elements on Repentless are not much changed from the band’s debut Show No Mercy.
Read more »
Posted by Fred Phillips at 2:29 PM No comments: