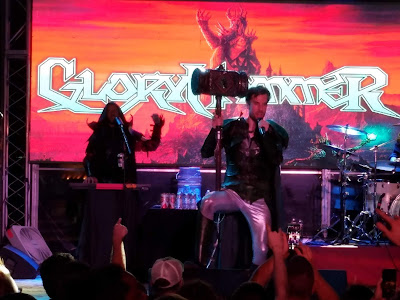 Having just seen Gloryhammer opening for Alestorm back in September, I had decided I wasn’t going to make the trek to Dallas for this show. Then, they released Legends from Beyond the Galactic Terrorvortex at the end of May, and given my previous experience, I absolutely had to hear some of those songs live.

I’m glad I decided to go. I’ve seen a ton of concerts in my lifetime, but I’ve rarely had more fun than I did on this night.

In all honesty, I’m starting to feel a little stalkerish in the way that I gush over all things Gloryhammer and Alestorm, but they just make me happy, so prepare for more of the same.

Read more »
Posted by Fred Phillips at 1:09 PM No comments: 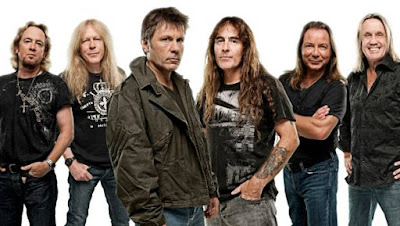 As I prepare to check the biggest band off my bucket list in a couple of months, I thought I’d give them the Dream Set treatment. The cut here was brutal.

As Nicko McBrain announced in a series of hilarious videos, they’ll be playing 16 songs, nearly two hours, and still not hitting everything I want. My rules limit it to 13, which is even tougher. There aren’t a lot of surprises in this setlist, and as much as I tried to skip a few of the “big” numbers, I just couldn’t do it.

Read more »
Posted by Fred Phillips at 11:53 AM No comments: 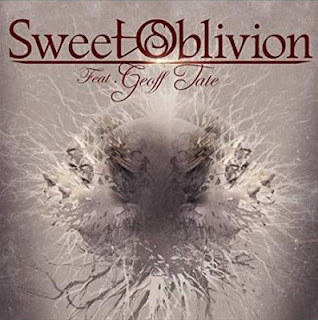 When it comes to Geoff Tate, I admit that I’ve been a hater for a while, but Sweet Oblivion’s new self-titled release is not bad at all.

It’s an interesting project in that it seems the band had the music written, and Frontiers Records put them in touch with Tate. Apparently there was very little collaboration, which doesn’t seem to be the setup for a good record, but Sweet Oblivion defies the odds.

There’s definitely a classic Queensryche vibe to the music on this album, though if guitarist Simone Mularoni is to be believed, that may not be due to Tate. In an interview with Aardschok Magazine, he says that when he submitted the material to Tate, it came back with a closer resemblance to hip-hop than Queensryche. After a few rounds of disagreements between guitarist, singer and label, Mularoni says Tate recorded the vocals on his tour bus and sent them back. I’m guessing from this interview, we won’t see a tour for this project.
Read more »
Posted by Fred Phillips at 8:01 AM No comments:

Review: Gloryhammer, "Legends from Beyond the Galactic Terrorvortex" 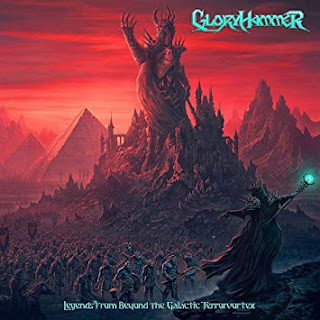 I wish it were possible for Christopher Bowes to release new music every week. No matter how lousy the day or how bad the mood, it’s nothing that a new Gloryhammer or Alestorm song can’t fix.

The latest release from his heroic power metal outfit Gloryhammer bears a mouthful of a title – Legends from Beyond the Galactic Terrorvortex – and a story that’s just as big. It concludes a trilogy of albums that started in a fictional version of medieval Scotland on Tales from the Kingdom of Fife, took us to outer space with Space 1992: Rise of the Chaos Wizards, and now takes us to another dimension.

Read more »
Posted by Fred Phillips at 8:47 AM No comments: