Review: Corrosion of Conformity, "In the Arms of God" 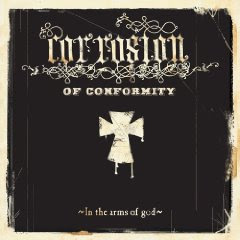 It's been a long trip for Corrosion of Conformity from hardcore heroes in the mid-to-late 1980s to the premier purveyors of Southern sludge rock today.

Their latest album opens with a blast of Jimi Hendrix-style fuzz on the first single "Stone Breaker." That sets the tone for the rest of the album, which draws heavily on influences like Hendrix, Black Sabbath and Led Zeppelin, but puts a Southern spin on them.

The most interesting track on the album is the jazzy groove of "Dirty Hands, Empty Pockets/Already Gone." It's a little jarring among the other grungy tunes on the album, but also makes for one of the best moments.

"In the Arms of God" takes the listener on a roller-coaster ride from the anger of "Paranoid Opioid" and "War," which channel the band's hardcore roots, to the hopeful and optimistic acoustic number "Rise River Rise."

It's been five years since CoC unleashed an album on the world, but this album was worth the wait. It features the best of both sounds of the band and should please new and long-time fans alike. 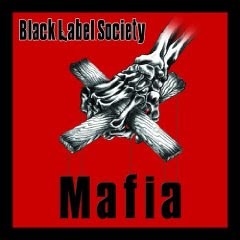 I'm getting pretty used to my annual spring fix of Black Label Society. With "Mafia," Zakk Wylde and Co. deliver their fourth album in as many years, and the sixth since 1999. They also deliver one of their best.

This album may be the most solid all-around offering from the band to date. Gone are the production problems that have plagued them in the past – for example, the paper-thin sound of "1919 Eternal" or the busted speaker sound of "Sonic Brew." "Mafia" sounds good, and it’s loaded with good tunes.

The album gets off to a strange start with the talk box riff of "Fire It Up," one of a few new guitar surprises on this album. Another is the use of a whammy bar on a couple of tunes courtesy of his new Randy Rhoads look-alike flying V. By the third track and first single "Suicide Messiah," Wylde has hit full insanity mode. His diatribe against blind followers of all stripes, "Suicide Messiah" is one of those songs you just can't crank up loud enough. Lyrics haven’t always been Wylde’s strong point, but these are pretty pointed. "Bow down you chose your maker/he never gives, he’s always a taker/the electric burns that fuel the fire/it’s just your suicide messiah." Coupled with a chugging detuned riff, it should rank high for the Black Label faithful. Not far behind are other berserker anthems in the typical Black Label style like "Say What You Will," "Electric Hellfire" and "Been a Long Time."

Among the rockers, the only misstep on the album is perhaps the robotic-sounding chorus of "You Must Be Blind." After what seems like the thousandth time he sings the line in the song, it gets a little old. Though I normally detest the slower songs on most records, I've always been partial to the Black Label ballads. They pick up a rougher edge from the Southern rock that Wylde loves, and "In This River," his tribute to slain guitarist "Dimebag" Darrell Abbott, is no exception. He draws on Dime's guitar style to create one of the strongest songs on the album. For the morbid "Dirt on the Grave," Wylde breaks out the talk box again to deliver a memorable lick that sounds strangely like the melody line from a medieval ballad. He closes the album with an even stronger nod to the Southern rock influence by covering Lynyrd Skynyrd’s "I Never Dreamed" and doing it well.

Vocally, this album finds Wylde sounding more and more like a testosterone-fueled version of his mentor Ozzy Osbourne. I personally prefer the gruff, throaty vocals of his earlier recordings, like 2000's "Stronger than Death." The vocals on this album are a little less ballsy by comparison, but the style still serves him well on more Ozzy-style numbers like "Forever Down."

In the end, Black Label Society isn’t really about the vocals or lyrics. It all comes down to Wylde's guitar work, which is solid as always. In that department, he hasn't disappointed fans yet. As I mentioned earlier, he does try a few different tricks, mostly by way of effects, but the guitars on this album are undeniably Zakk Wylde. The chunky riffs, trademark harmonic squeals and take no prisoners attitude of "Mafia," makes it easily Wylde's best work since "Stronger Than Death," perhaps ever.

Get "Mafia."
Posted by Fred Phillips at 8:17 PM No comments: