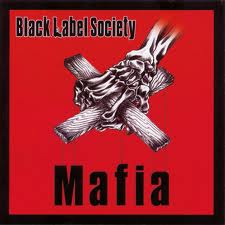 Zakk Wylde finally put it all together with Black Label Society in 2005 for Mafia. Sure, the band had never released a bad record to that point, but the songs, the mix, everything was just right for Mafia.

Led by the charging rock of the opening single “Suicide Messiah” and the catchy hook of the main riff of “Fire It Up,” the record was a stark contrast to the mostly acoustic Hangover Music, released just a year before. There were mellower moments, as well, though, most notably the ballad “In This River,” which Wylde dedicated to Pantera guitarist “Dimebag” Darrell Abbott.

Mafia made a promise that 2006’s lackluster Shot to Hell couldn’t keep, and it wasn’t until 2010’s outstanding Order of the Black that the band got back on track.
Read more »
Posted by Fred Phillips at 4:05 PM No comments: 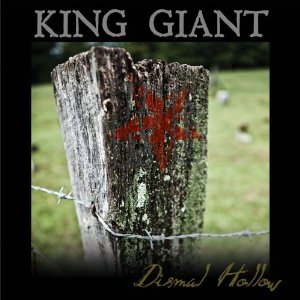 I’m a sucker for a good Southern-flavored groove. It’s where I come from. I heard just as much Waylon Jennings, Hank Jr. and Lynyrd Skynyrd as Iron Maiden and Judas Priest growing up, and though I abandoned my Southern roots in music for a while in my teens and early 20s, I’ve grown to appreciate them again. That’s what initially drew me to King Giant’s debut Southern Darkness. It blended so many things that I like – the sludginess of bands like Crowbar and Down, the Black Sabbath base template for all metal , and a Southern rock attitude. I loved it, and, if anything, the grooves are bigger on their follow-up Dismal Hollow.
Read more »
Posted by Fred Phillips at 6:34 PM No comments: 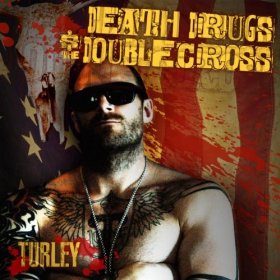 I’ll offer a disclaimer at the beginning of this review. I’ve been a Saints fan as long as I can remember. I watched my first game toward the end of the Manning era when I was probably 8- or 9-years-old. Let’s just say there weren’t any thoughts of Super Bowls in those days.

Kyle Turley just happens to be, along with guys like Sam Mills and Deuce McAllister, one of my favorite players ever to wear the black and gold. He was mean and nasty on the line, just a little crazy, and he knew how to protect his quarterback. Though, in retrospect, the team might have been better off in the long run if he’d just let the guy have his way with Aaron Brooks. I’m referring, of course, to the infamous helmet-throwing incident in 2001 that will likely be Turley’s lasting legacy in the public view, despite his hard-nosed play and two Pro Bowl appearances. He even pokes a little fun at the incident in the song “Flying Helmets” from his 2010 debut Anger Management, which focuses on his football days.
Read more »
Posted by Fred Phillips at 1:48 PM No comments: 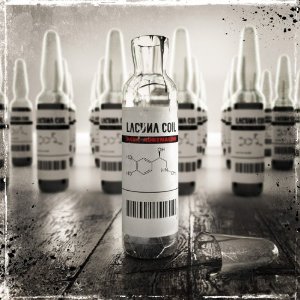 As Lacuna Coil’s sound has drifted more and more commercial, my opinion has been here and there on them. I love Comalies, but the bouncy, nu-metallish stuff of Karmacode didn’t connect with me. The catchy melodies of Shallow Life, though, managed to win me over despite the fact that it was easily the poppiest release in the band’s catalog.

Dark Adrenaline blends all of those elements. There’s some of the bouncy stuff, there are some very commercial numbers, and there’s a little bit of that goth rock slipping back in around the edges.
Things start well. First single and first track “Trip the Darkness” is probably the best song Lacuna Coil has recorded since Comalies.
Read more »
Posted by Fred Phillips at 9:11 PM No comments: Ever ask yourself what Al Jourgensen, main man of industrial metal pioneers Ministry, would sound like if he decided to go country? Yeah, me either.

Sadly, Jourgensen has decided to answer that question for us with his side project Buck Satan and the 666 Shooters, which also includes Rick Nielsen (Cheap Trick), Tony Campos (Static-X) and Mke Scaccia (Ministry/Rigor Mortis).

You can tell by the band name that Bikers Welcome Ladies Drink Free, out on AFM Records, isn’t exactly a serious country project. Unfortunately, it doesn’t really work as humor and ends up sounding more like the joke band playing in the corner of a dimly lit dive bar in a Rob Zombie horror flick. Granted, that could have been interesting if done right. This isn’t.
Read more »
Posted by Fred Phillips at 7:05 PM No comments: There are some bands out there that really don’t need a review. When you hear the name, you know it’s going to be quality. Pharaoh has become one of those over the years. But, since it’s my job here, I’m going to give you a review anyway.

Pharaoh is dependable. So much so that I wanted to say that they do on Bury the Light pretty much what they’ve done since they released 2003’s After the Fire, but I went back and took a listen to that record in preparing to review this one. What I realized was the band’s sound has evolved quite a bit since those days, but it’s been in a gradual way. So if you’re familiar with Pharaoh, no, you won’t be surprised by anything you hear on Bury the Light. But there are nuances.
Read more »
Posted by Fred Phillips at 7:14 PM No comments: 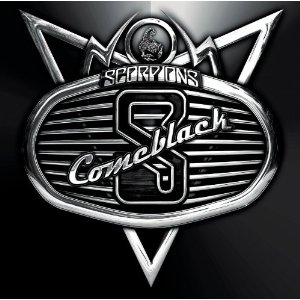 The re-recording of old favorites has always been a tough one for me. I know there are sometimes reasons to do it – rights issues or personnel changes – but as a fan, it’s hard for me to put aside 30 years or so of listening to a song and embrace a new version. That’s what The Scorpions ask us to do on their latest, and supposedly final album Comeblack.

The first seven tracks of the album consist of updated version of some of the band’s biggest hits — “Rhythm of Love,” “The Zoo,” “Rock You Like a Hurricane,” “No One Like You,” “Blackout,” “Winds of Change” and “Still Loving You.”
Read more »
Posted by Fred Phillips at 6:50 PM No comments: 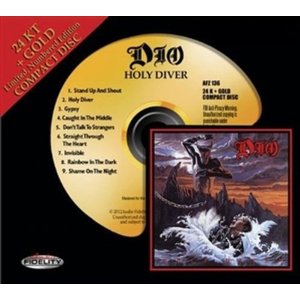 Believe it or not, there was once a time when metal was just metal. You didn’t have the death and black metal guys looking down their noses at the power and traditional metal fans and vice versa. You didn’t have publicists mangling language to create a subgenre like “blackened jazz thrash death polka” so their band could be the only act in that category. Metal just was.
I miss those days, and I get exasperated with my metal brethren who so often wall themselves up inside one subgenre and insist on bickering and fighting about what’s “true metal” or not. You can throw out a band name on many message boards and watch chaos ensue, but there are a few rare albums in history that you’re not likely to get much argument about. This is one of them.
Read more »
Posted by Fred Phillips at 6:46 PM No comments:

Century Media Records is offering a free sampler of their bands that are currently on the road. The compilation features Lacuna Coil, In Flames, Iced Earth, Warbringer, Suicide Silence, Deicide, The Agonist and others. Click here for the details.
Posted by Fred Phillips at 11:21 PM No comments:

Dragonforce is offering a free download of "Fallen World" from their upcoming album The Power Within, featuring new singer Marc Hudson. Click here to get it. In case you're wondering, or if it helps you make up your mind, it still sounds like Dragonforce.
Posted by Fred Phillips at 11:36 AM No comments: 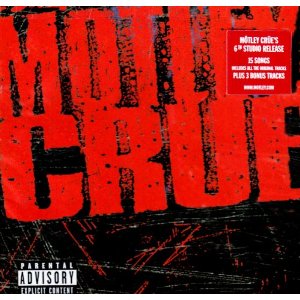 When I saw Motley Crue’s self-titled 1994 record on a list of the “10 Worst Heavy Metal Albums of All Time” a while ago, I was a little taken aback. Granted, it was not a very well-constructed list, containing a few albums that weren’t metal at all, and a few more that weren’t even the worst by that artist, much less the worst of all time. But still…

The nearly 20 years between Crue’s best-selling Dr. Feelgood and their 2008 comeback album Saints of Los Angeles, were not always kind to the band. There was 1997’s absolutely awful reunion record Generation Swine, which featured a mish-mash of alternative-tinged attempts to be relevant, songwriter Nikki Sixx working out his punk fetish, songs that were written for John Corabi and not suited to Vince Neil’s nasally vocals and misguided tributes to children and wives. If you’re looking for Crue’s worst moment, this is it.
Read more »
Posted by Fred Phillips at 12:09 AM No comments: