Freebies: New music from The Cult

The Cult is currently offering a download of the song "Lucifer" from the band's upcoming album Choice of Weapon. Click below to get it.

Posted by Fred Phillips at 3:26 PM No comments: 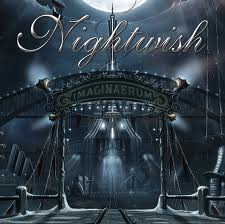 When Nightwish’s Imaginaerum came out in Europe back in November, I didn’t pay much attention.

I had a fling with Nightwish quite a few years back, but it didn’t last long. I know it will be sacrilege to a certain segment of the band’s fans, but it was really Tarja Turunen’s vocals that did me in. Her soprano, while impressive, was almost too pretty, too perfect. It didn’t have the expressiveness that I thought the music needed, and after a while, her vocal lines sort of blended together for me, no matter what the music sounded like. This isn’t a knock on Turunen, just a matter of personal taste. I’ve got the same problem with just about every female vocalist that sings operatic soprano lines most of the time. I just need a little more variety and maybe, occasionally, a little grit.
Read more »
Posted by Fred Phillips at 12:36 PM No comments: 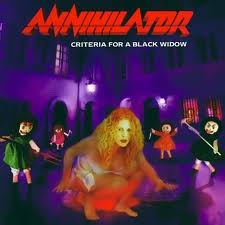 Annihilator’s debut record Alice in Hell blew me away in 1989. The blend of technical thrash, cool melodies and extreme metal style aggression was a kick in the pants. I also enjoyed the follow up, Never, Neverland with Omen vocalist Coburn Pharr on the mic. Then came the third record, Set the World on Fire, with yet another vocalist. It had a lighter sound, and I just was not at all impressed with the voice of Aaron Randall. I wandered away from the band and missed a few records.

Then, in 1999, I heard that founder Jeff Waters was putting the Alice in Hell lineup back together, and I was intrigued. The result was Criteria for a Black Widow, featuring three-fourths of the band responsible for their classic debut (bassist Wayne Darley didn’t return). Though my reaction to this record wasn’t quite as profound as the one to Alice in Hell, I was still impressed. This album brought the power back to the band and gave us some great new Annihilator tunes in the style of their first two records.
Read more »
Posted by Fred Phillips at 5:13 PM No comments: 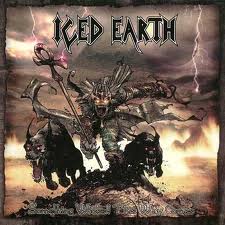 In the second year of the series, I have another three-way dilemma. Iced Earth’s iconic Something Wicked This Way Comes, my favorite Blind Guardian record, Nightfall in Middle-Earth, and the very solid Wake of Magellan by one of my favorite bands, Savatage, were all released in 1998. Because it’s their strongest work, I chose Something Wicked.

Though he was the third singer in Iced Earth, Matt Barlow had already made his mark with two new studio records – Burnt Offerings and the Dark Saga – and a collection of re-recorded songs from the band’s earlier records – Days of Purgatory. But it was on Something Wicked that it appeared the ever-revolving lineup of Iced Earth might be close to becoming a unified band. That’s not to say the earlier albums were sloppy, but this seemed to be a tighter, more well-rounded record.
Read more »
Posted by Fred Phillips at 8:48 PM No comments:

For the next 48 hours, Soulfly is offering a free download of the track "World Scum" from their upcoming album Enslaved. To get it, visit the band's Facebook page.
Posted by Fred Phillips at 2:52 PM No comments: 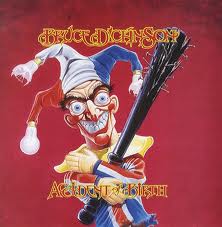 It’s the first year in the series, and already there’s a three-way battle for my favorite record between Bruce Dickinson’s comeback album Accident of Birth, Aerosmith’s underrated Nine Lives and Judas Priest’s debut with Tim “Ripper” Owens, Jugulator. In the end, though, Dickinson’s reunion with Adrian Smith and return to a more familiar brand of metal won out.

I quite enjoyed Dickinson’s solo debut, Tattooed Millionaire, even though it was more of a brand of 1970s hard rock than what I was familiar with from his days in Iron Maiden. His second outing, Balls To Picasso, left me a little cold. I loved “Tears of the Dragon” and a few other songs, but didn’t care for most of the record. By the time the strange Skunkworks arrived, I had pretty much written him off.
Read more »
Posted by Fred Phillips at 7:16 PM No comments:

In finally getting around to setting up a Facebook page for this site, it dawned on me that, in some shape or form, Hall of the Mountain King has been up and running for 15 years. Since not a lot of sites can boast 15 years, even one as small as this, I thought it was cause for a little celebration.

Back in 1997, I was a fresh-faced kid who had just discovered the Internet, and I had a big plan. I launched Hall of the Mountain King on the old members.aol.com server, and I envisioned it as eventually being a destination site for all things hard rock and heavy metal as well as all things speculative fiction.
Read more »
Posted by Fred Phillips at 12:49 PM No comments:

Enjoy a stream of the opening track "Babylon" from Lillian Axe's upcoming album. The record is fantastic. Look for a review here in the coming weeks.

Posted by Fred Phillips at 10:01 PM No comments: