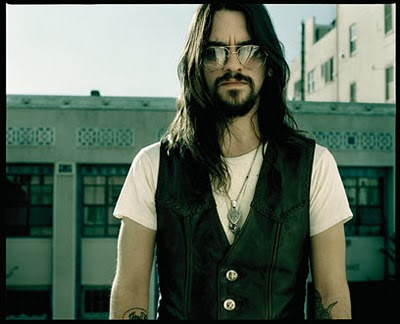 With his debut album in 2005, Shooter Jennings attempted to bring back the outlaw sound his father Waylon was famous for and "Put the O Back in Country." With his new release, "Electric Rodeo," he just wants his albums to show up under country in the record store.

"We stripped the whole Americana thing out of it, and I love that," Jennings said. "It's not that I have anything against Americana, it's just not my style. We got grouped in with a lot of the Texas music and a lot of alt-country, and I just wanted to be as far away from all those genres as possible — really confuse them and make them say, 'the only place this will really work is country.'"

To that end, he's mixed his outlaw country heritage with his rock roots.

"We tried to push the limits as much as possible by trying to make it loud and rocking when necessary and as old school country as we could, then try to mix the two," Jennings said.

Jennings also recruited a local product, Oak Grove native Tony Joe White, to work with him on the song "Alligator Chomp." Jennings said White was good friends with his father, and he grew up around White's son Jody. Jennings and his band had written the music and wanted White to come up with the lyrics, but then guitarist Leroy Powell, who wanted the tune to have a message, presented them with lyrics they liked.

"It's a satire of what the real world is, based around this little swamp," Jennings said. "We thought it was great, so we called Tony Joe and he came in. He was nervous, and we were nervous, but it came off good. It's actually one of my favorites on the album."

Jennings grew up listening to rock 'n' roll and left Nashville at a young age for Los Angeles, where he performed with the band Stargunn. When his father died in 2002, Jennings took a break from music. He emerged from that break with the collection of songs that would become "Put the O Back in Country" and would bring him back to country music. But Jennings says he was headed in that direction before his father's death.

"I got a little older and got a little sorrow under my belt — I heard somebody say that the other day, and I thought that was a great expression, to understand country music, you have to get a little sorrow under your belt," he said. "The lyrics just stand so stronger, and it's a much more personal, kind of journalistic way of writing as opposed to an avant garde rock way, where you're enigmatic or something.

"I think him dying had the effect on me that I really wanted to grasp on to his roots and figure out where he came from more than I did before, but I don't think it was necessarily just that."

Though rock is still a heavy influence in Jennings' music, he said he never really felt at home in front of the rock crowd. He's much more comfortable playing to country audiences.

"I walked in front of an audience of rock fans and I did the 'woop-woop-woop' thing that my dad used to do, and nobody would get it," he said. "In front of a country audience, they'd all laugh. It's like that audience understands where I'm coming from better. When I speak to them, no matter what the music sounds like, they get it."

Jennings' style has often found him sharing the stage with strange acts. He recalls opening for California punk rockers Social Distortion and the reaction the band got.

"It was really weird," he said. "Our audience that was there loved it, but then there was this massive group of greasers that were totally like, 'what?' We won them over by the end of it, but you definitely know when you walk in if it's your crowd."

He may be more comfortable sharing the bill with Southern rockers Lynyrd Skynyrd and 3 Doors Down on this summer's Double Trouble tour. It's a big tour, but just a small part of what Jennings and Co. have planned for the summer.

"That's going to be great, but it's only 12 dates," he said. "We're headlining all year, and we've got all these great festivals we're playing. We've got a lot of fun. We keep working and working, and we've got another good four or five years in us before we take a break."
Posted by Fred Phillips at 11:13 AM No comments: 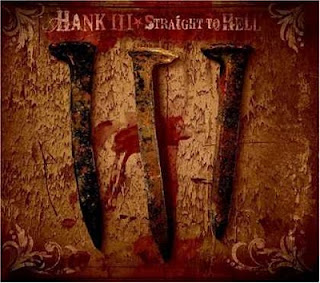 After putting out two fairly sanitized and safe records, someone finally decided to let Hank Williams III do what he does best. The result is his latest album, "Straight to Hell," a collection of rabble-rousing, hell-raising, old school country tunes, many of which he's been playing in his live shows for years.

The music on this record owes more to his grandfather's honky tonk style, but the attitude comes from the rebellious streak in his father's country rock. Of course, Hank III has to be louder and more obnoxious than either of his forebears. That's not necessarily a bad thing, though.

The best numbers on this album are the uptempo, rockabilly-style partying tunes, such as the title track, "Smoke and Wine" and the infectious "Thrown Out of the Bar." But III does show that he's not a one-trick pony, taking a dark turn on one of the strongest songs on the album, "Country Heroes." The song pays tribute to country legends George Jones, David Allan Coe, Waylon Jennings, Merle Haggard, Hank Sr. and Johnny Cash. It's an eerie number that stays with the listener longer than many of the other songs here.

In a way the whole album serves as a tribute to those artists, and you can hear the influence heavily in places. "Drinkin' Problem" definitely has the feel of a Jones song, while "Louisiana Stripes" serves as his tribute to Cash (though in all honesty, III's reedy voice can't carry the song the way Cash's bass would have.)

Williams has a great reverence for old-school outlaw country and is outspoken in his dislike of the current country scene, which he calls "pop country." That thread runs throughout the album in songs like "Not Everybody Likes Us," where he sings about crossover artist and friend of Hank Jr., Kid Rock. "Just so you know/so it's set in stone/Kid Rock don't come from where I come from," III sings. "It's true he's a Yank/ he ain't no son of Hank/ and if you thought so, (expletive) you're (expletive) dumb."

He also drives the point home, pulling out a favorite live tune with an unprintable name that states in no uncertain terms his disdain for pop country. Fans will know the song.

Unlike his previous two records, "Straight to Hell" will probably make some country music fans cringe with the language, attitude and drug references (the parental advisory sticker is well earned). But it's par for the course for III, whose live shows include a set of country and a set of punk and metal and who spends his spare time playing bass for New Orleans metal band Superjoint Ritual.

Love him or hate him, III probably embodies the outlaw spirit more than any other singer out there today. If you love him, that's great. If you hate him, well, he just doesn't give a damn.

Posted by Fred Phillips at 4:04 PM No comments: 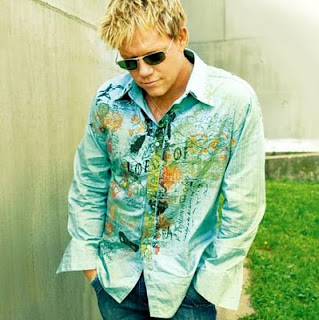 It took him nearly a decade, but these days Pat Green feels like he's sitting on top of the world.

In the past few years, the work has started to pay off for Green and his band, earning hit records with "Wave on Wave" and "Lucky Ones," picking up Grammy and ACM nominations and touring with a couple of CMA Entertainer of the Year winners in Kenny Chesney and Keith Urban. He's sold out the Houston Astrodome multiple times, the Smirnoff Music Center in Dallas and Rabb's Steakhouse in Ruston, where he'll play on Wednesday.

"I've never met anybody that stood in front of the mirror with a tennis racket and wanted to be the bouncer," Green said with a laugh. "Everybody wants to be the guy under the spotlight, and it feels great. It feels like all the work that we put in as a band is starting to pay off, and it's just getting a little easier to come out and do a show and make a mess of things."

The latest coup for Green is a move to RCA Records, which will release his new album "Cannonball" in August. He sees big things ahead with the deal.

"As much as I wanted to try to impact country radio from the outside, it's just too difficult to get it done," Green concedes. "I don't have the ability to just walk into any radio station in the country and say, 'here's my song, play it.' You have to have the weight of a reputable record label behind it. So why not sign with the biggest, most powerful label in the world?"

As far as the new record goes, Green said he approached it with the same honesty that he's recorded all his albums with.

"I try to always write and record what comes out of me honestly," he said. "I don't fight the songs, but I danged sure don't want to put out the same record every time. I get tired of bands that do that."

Though it's only been in the last three or four years that Green has started to garner mainstream attention, he's had a following in Texas and the surrounding areas for much longer, and much of that has come from college campuses — not places you normally associate with country music. But playing colleges is part of Green's formula for success.

"I think the college campus is where those indelible and unforgettable relationships with everything in the world start — your friends, the kind of music that you like, the people that you run around with," he said. "That's where I try to get in the door. If you can get in to people when they're in college and forming those ideals, you're going to be a lot better off than five years down the road when they get a little bitter with the world."

Even with his popularity on college campuses, his summer co-headlining tour with the Dave Matthews Band may seem like a strange pairing to some, but not to Green.

"To me, there's no music that doesn't go together; it all matches to me," he said. "I will say it to the day I die, if music is done properly, if it's performed right, if it's done with a little bit of pride, music communicates louder than anything else in the world. If you get a band like mine up there with a band like Dave's, it's going to be a loud night."

Green's not the least bit concerned about perhaps having to try to win over fans that come to see Matthews.

For those who haven't seen Green's live show yet, he assures them that they'll get their money's worth.