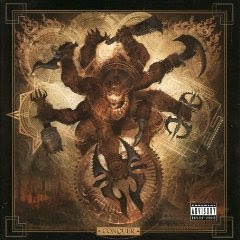 One of the most anticipated records of the year for me was Cavalera Conspiracy, reuniting Sepultura vocalist/guitarist Max Cavalera and drummer Igor Cavalera. Though it’s been eclipsed in my mind by records released since, it was an outstanding effort, and I thought it would be tough for Max’s other band, Soulfly, to compete. So I find myself a little surprised with how much I’m enjoying this record.

No, Cavalera doesn’t try to reinvent the band in any way. Most of what you’ll hear here you’ve also heard on previous Soulfly releases. Take for example, the second track, “Unleash,” which reintroduces the tribal sounds and rhythms. Sure, we’ve heard it before, but it’s still really good. That’s kind of what I’d say about the whole record.

One of the big differences between this record and the Cavalera Conspiracy record is in the guitar work. This record is loaded down with big, memorable guitar riffs that stand out in your memory after the record is over. The loping opening riff of “Warmageddon” and the bouncing, squealing riff of “Doom” stand out. After a nice movie soundtrack opening, “Blood, Fire, War, Hate” also gets the album started off on a good note with a nice riff.

The best tunes on this record, though take a slightly different path. Cavalera has long experimented with world music on Soulfly records. Sometimes it’s worked, sometimes it hasn’t. When it does, it’s great, as on the opening of “For Those About to Rot,” where we get an unexpected blast of almost Primus-like sound to open, a nice, chunky bass line and then world music sounds scattered throughout. The best track on the record, “Touching the Void,” however, delves back into metal history, drawing inspiration from Sabbath for the slowest, yet most interesting song. The breakdown section here is spectacular, plodding, heavy and just catchy as hell.

The record also ends on a high note with the instrumental “Soulfly VI.” I’m normally not a fan of instrumental intros and outros, and there’s nothing particularly heavy about it, but there is something strangely calming and soothing, particularly after the violence of the previous tracks. It’s a good song to chill out with.

Cavalera continues to have some lyrical challenges. Yelling “scream motherfucker” five or six times doesn’t really constitute a chorus in my book, but lyrics have never been his strong suit and after this long, it’s tough to ding him for it.

Musically, this is a solid record, perhaps one of the best in Soulfly’s catalog. Certainly it contains some of the more memorable tunes they’ve done, and it just comes off as a little tighter and more cohesive than the earlier Cavalera Conspiracy release. Perhaps that record was a little more rushed, or maybe it will take a little time for the songwriting chemistry to return after the years apart. Whatever the reason, I’m surprised to say that I actually think Conquer is the better record. Both are well worth having in your collection, though.

Get "Conquer" (CD and DVD version).

Posted by Fred Phillips at 7:52 PM No comments: 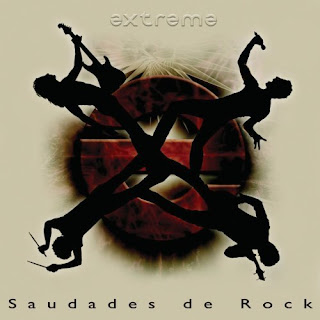 I was still in the throes of my rock star dream when Extreme released its sophomore effort, "Pornograffitti," in 1990, and I spent months with guitar in hand trying to copy Nuno Bettencourt's licks. I never did get all the licks down, and probably never will. But, putting aside the simplistic overplayed megahit "More Than Words," it remains one of my favorite guitar records ever.

Now, a reformed Extreme (minus drummer Paul Geary who now manages the band instead of playing with them) has delivered its first record since 1995's "Waiting for the Punchline," and there's good news and bad news.

First, the good news. The shred is back. I've been quite disappointed by Bettencourt's work since the breakup of Extreme, and I've often felt his talent was wasted in more recent projects. Here, he delivers up licks likely to keep me trying to twist my fingers into pretzels for months to come. Vocalist Gary Cherone and bassist Pat Badger also deliver fine performances. Cherone shows great range on the variety of sounds here and proves himself to be a better singer than I ever gave him credit for.

Then, there's the bad news. After a strong first five tunes, you'll be hitting the skip button -- often.

"Saudades de Rock" lacks the flash of "Pornograffitti," but it also lacks the pompous artiste turns of "III Sides to Every Story," so I guess it balances out. What it delivers is a pretty good collection of 1970s influenced rock, playing up to the influence of Queen ("Star") and Aerosmith (just about every tune on the record.) As mentioned above, the first five songs on "Saudades de Rock" are solid, ranging from the poppy "Star" to a hard rock groove on "Comfortably Dumb" to the country-flavored "Take Us Alive." After that, the better performances are scattered. There's an overabundance of ballads here, as you'd sort of expect, and only the U2-influenced "Ghost" makes an impact. The rest are just sort of there. Track 10, the Aerosmith-meets-James Brown funk rocker "Slide," is one of the best on the record, but after that you can really skip back to album opener "Star" without missing much.

Still, when it rocks, it rocks, and when Bettencourt cuts loose, he's as impressive as ever. It's definitely worth a listen for fans of the band or great guitar.

Posted by Fred Phillips at 5:05 PM No comments: 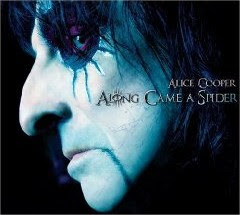 
Posted by Fred Phillips at 9:16 PM No comments: