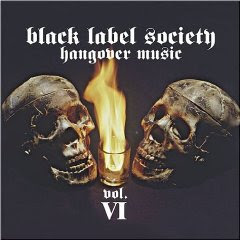 If there's one man in the world of heavy rock that seems able to do no wrong, it's Zakk Wylde.

From the heavier sound he brought to Ozzy Osbourne's band in the late 1980s to Southern rock with Pride and Glory to his acoustic solo debut to the bone-crunching Sabbath-inspired riffs he lays down with Black Label Society, Wylde has rarely made a misstep. Now comes his sixth outing with BLS, the aptly titled "Hangover Music." If the first five Black Label albums have been the wildest, loudest and craziest party you've ever attended, then this album is definitely the morning after.

On "Hangover Music," Wylde revisits the acoustic stylings of his 1996 album "Book of Shadows." And why not? Over the years, his slow songs have been some of his best. They seem to fit his vocal style well.

"Hangover Music" is a bit grungier and uses more electricity than "Shadows," which was almost completely acoustic. But the trick to this album is in how he uses the electric guitars, not as a crutch, but sparingly to create mood and atmosphere - and of course, to kick out some blistering solos.

Even in a semi-acoustic setting, though, Wylde is still served better by the more upbeat numbers. The CCR-meets-Sabbath stomp of "House of Doom" is a perfect example of Wylde in his element and at the top of his game, and the album-opener, "Crazy or High," is simply one of the best songs the band has written.

Wylde and Co. hit rough waters when they slip into Elton John mode on "Yesterday, Today, Tomorrow," but fare better when they slide into an Alice in Chains groove on "Layne." Wylde shows off his piano skills on "Damage is Done" and the jazzy chords on "No Other" are a nice surprise.

Overall, the album shows that you don't have to plug in to be heavy. But as much as I like the more laid back side of Zakk, I still think he needs to plug back in as soon as possible. The metal world needs him at full intensity.

Get "Hangover Music."
Posted by Fred Phillips at 8:14 PM