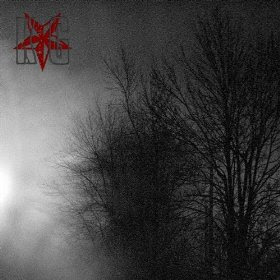 King Giant may hail from Virginia, but the sludge they dish out on Southern Darkness sounds like something raked up from the bottom of a muddy Louisiana swamp. The sound is dense, like a dark, menacing beast that pays tribute to metal legends like Black Sabbath, walks hand-in-hand with sludge contemporaries like Down and Crowbar and even incorporates the influences of outlaw country and Southern rock – all things that I love.

Though I like just about everything on the record, the band is at its best when it gets the right balance of those elements.
I’ll start with my favorite number, the bluesy, country-inflected “Mississippi River.” The song reminds me a little of Jace Everett’s “Bad Things,” only on steroids and with a lot more anger. It’s by far the coolest track here and a strong candidate to be my favorite song of this year.

Another personal favorite, “13 To 1,” perfectly blends a dark Danzig-esque guitar riff with a banjo to create another of the strongest tracks. With the attitude of the band, it just fits perfectly. There’s a fairly faithful and energetic cover of Lynyrd Skynyrd’s “Needle and the Spoon.” The “epic” track here is “Desert Run,” which follows kind of an updated western outlaw theme and is packed with memorable guitar riffs.

One of the record’s treats, for me, is in the guitar work of David Kowalski and Todd Ingram. It’s not “guitar hero” sort of stuff, but they bring big riffs and tons of attitude to the table. Take a listen to the dark, bluesy opening riff of “Lady Whiskey” or the galloping riff of “Machine Gun Mantra” that’s part Sabbath, part Black Label Society and part Lynyrd Skynyrd. I also love the spooky lead guitar sound that Ingram gets on “Hollow.”

Bassist Floyd Walters III and drummer Brooks are right on the money with just enough groove and power. Vocalist Dave Hammerly moves between sounding like Kirk Windstein, Danzig (“13 To 1”), Henry Rollins (“Lady Whiskey”) and Lemmy with a Southern accent.

If you like your music slow, heavy and sludgy with plenty of grooves and attitude, King Giant is the perfect prescription. I’d recommend Southern Darkness wholeheartedly for fans of Sabbath, Down and Crowbar, but also for fans of underground country artists like Bob Wayne, if they’re open to something a little heavier.

(This review originally appeared at Teeth of the Divine.)

Posted by Fred Phillips at 2:54 PM