The Formative 15 part 2: The Best of the Rest 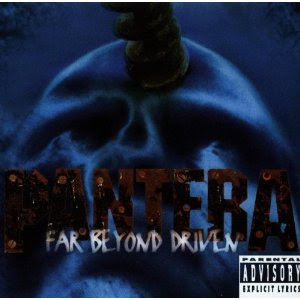 So, like I said in my post on The Formative 15, I started out with about 100 records on my list, but when I had pared it down to 15, there were still some that I really wanted to mention. Since I can never do what I set out to do and just leave it be, I’ll leave those that care with a few more that were close, but didn’t quite make the cut. Amazon links also provided, where possible.

Charlie Daniels Band, “Fire on the Mountain” (1974). Released before the peak of his popularity, this record contains some true classic CDB tunes, including my favorite “Long-Haired Country Boy.” I immediately latched on to the message of that song, and took it on as a kind of personal anthem. Though my long hair has been gone for a while, the idea behind the song still rings true.


Extreme, “II: Pornograffitti” (1990). This one might seem a little weird, but it hit me at a formative time and Nuno Bettencourt’s work here inspired me for years to strive to improve my own guitar playing. Unfortunately, I have to report that the inspiration didn’t quite do the trick, and all these years later, I still stink.

Iron Maiden, “Number of the Beast” (1982). This one, I really wanted to squeeze into my 15, but I just couldn’t find the one I could kick out. It certainly had a lasting effect on my musical tastes. As soon as I heard it, I immediately set out to discover other bands in the NWOBHM. It led me to numerous bands that I count among my favorites, including the other leaders of that pack, Judas Priest. Not to mention, it has my favorite Maiden tune.

Morbid Angel, “Covenant” (1993). This was probably the first “true” death metal record I owned (though, at the time, I counted Slayer, Death and early Sepultura among the “death metal” ranks). I’m still not a huge follower of extreme metal, but this record, and particularly “God of Emptiness,” opened my mind to the snarling, growling beast.

Nine Inch Nails, "Pretty Hate Machine" (1989). This was the first record to show me that all electronic music didn't have to be horrible -- just most of it.

Pantera, “Far Beyond Driven” (1994). Already a Pantera fan from previous released “Cowboys from Hell” and “Vulgar Display of Power,” this one took their music, for me, to a new level. It’s got some of Dime’s best riffs and guitar work, and it set a bar for me that few bands reached in that decade.

The Ramones, “Ramones Mania” (1988). This is another cheat on the list, but you can’t go wrong with 30 of the Ramones’ best songs. It was my introduction to the band and a more fun-loving side of punk that appealed to me, at the time, a little more than the political and angry end of the genre.

Wagner, “Der Ring des Nibelungen.” This is my one high-falutin’ record for the list, and I’ve owned various different versions of the four operas that make up the cycle over the years. Though I’ve always liked classical music for background noise, I like to put Wagner up front. To me, Wagner was the original metal musician.

Posted by Fred Phillips at 4:13 PM