Review: Hardcore Superstar, "Beg for It" 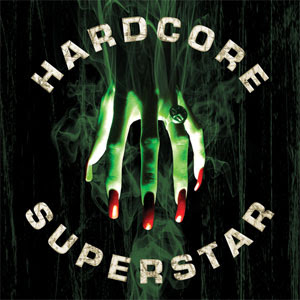 The members of Hardcore Superstar pitch their music as a blend of thrash and 1980s sleaze rock. I grew up on sleaze rock and thrash is my favorite metal genre, so that idea intrigued me. It's a bit of false advertisement, though. While they're on the heavier end of sleaze rock, their sound has much more to do with Guns 'n' Roses, Ratt and Motley Crue than Metallica, Megadeth and Slayer.

The record opens with a strange, but promising instrumental, "This Worms for Ennio," which sounds, appropriately considering the reference to composer Ennio Morricone, like a cross between a spaghetti Western soundtrack and a Celtic folk tune. That leads into the first metal song, the title track "Beg for It," which almost delivers what they promise. There's a driving thrash riff at the beginning, but after that it's straight 1980s with a very glam rock chorus. There are some thrash pieces scattered throughout. The first few notes of "Don't Care 'Bout Your Bad Behavior" make you think you're going to get some Metallica influence, but it immediately morphs into an early Motley Crue sound. "Take 'Em All Out" brings a little thrash in the beginning before moving into a funky riff that's still pretty good. There's a lot of Guns 'n' Roses and Ratt influence on the track, though.

There are the complete misses, like the ballad "Hope for a Normal Life" which covers all the worst territory of the hair ballads. Other songs, like "Nervous Breakdown," just seem to kind of lay there.

As far as the straight sleaze rock goes, much of it is interesting if you're a fan of the sound. "Into Debauchery" has a great guitar riff up front. "Shades of Grey" opens with an Iron Maiden-ish guitar lick and has some nice harmonies on the bridge. It's a bit reminiscent of Lillian Axe, a band I still have a great appreciation for. "Spit It Out" opens with a clean guitar lick that almost echoes Motley Crue's "On With the Show" before blasting into an Appetite for Destruction-era Guns sound. "Remove My Brain" is one of the best tunes here, despite a heavy influence of early 1990s Metallica. It's got a nice groove and enough cowbell to make Christopher Walken proud.

Vocalist Joakim "Jocke" Berg has a good voice for the 1980s parts, sounding like a mix of Jeff Keith, Stephen Pearcy and Vince Neil, and the musicians backing him are all capable. Your tolerance for Hardcore Superstar will probably depend on your tolerance for 1980s sleaze rock. If you hate the aforementioned bands from that era, you'll probably want to pass. For those of us who grew up on it, though, it's kind of fun.

Posted by Fred Phillips at 5:36 AM