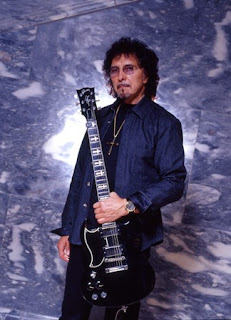 Been a while since I've done one of these, and OK, I’ll admit this is a big, fat, slow-pitch softball for a reviewer. But a discussion on the former DigitalMetal.com forums (now TeethoftheDivine.com, check it out) has had me thinking about Black Sabbath’s “War Pigs” lately.

I grew up, and still live, in the buckle of the Bible belt. When I was a kid, and just starting to get into metal, I was a little nervous about anything that might be considered “satanic.” I shied away from a lot of the bands that I love today for that very reason. The whole religion thing had been pounded into me my whole young life, and I was a little nervous about cranking up my copy of “Shout at the Devil” and convinced that listening to something as innocuous these days as Ozzy. would send me straight to hell. Looking back, it’s funny to think that I thought some of this stuff was “satanic.”

Then one day, I was at a friend’s house, listening to a cassette mix tape. I had no idea that I was listening to a band called Black Sabbath, and when that last verse of “War Pigs” hit, I thought it was just about the coolest thing I’d ever heard. I figured if listening to this was enough to send me to hell, then maybe it was worth the trip. The rest, well, you can see it on this site.

Like most Sabbath tunes, it starts with the riff. There’s no one, living or dead, who can compose a better metal riff than Tony Iommi did in the early 1970s. None. The song opens with this stormy, thunder and lightning, back and forth riff before breaking out into that simple two-note D-E power chord punctuation to each of Ozzy’s verses that gives the song its punch. If it stopped with the main riff, the song would be powerful enough, but then there’s that chunky, funky riffage under the second verse and those spacy little sidetrips between that verse and the return of that two-note gut punch for the final verse.

That last little menacing lyric, “Satan laughing spreads his wings,” from Ozzy is just the icing on the cake of one of the most perfect metal songs ever written.

Like the best Black Sabbath songs from that era, “War Pigs” is stunning in its simplicity, yet still packs a powerful punch. If you don’t like this song, then you’re not really a metal fan. It’s as simple as that.

Stuck in my Head is an occasional feature about whatever song happens to be running around incessantly in my head at the moment.
Posted by Fred Phillips at 5:54 PM