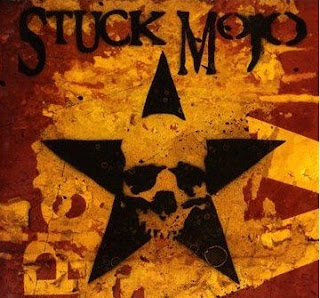 When I first heard Stuck Mojo in the mid-1990s, the sound was fresh and interesting – a solid, Southern-flavored metal band fronted by a rapper. With the rise of the rap-rock trend and the nu-metal trends in the late 90s and early part of this decade, the sound began to lose its edge. The band was dealing with internal strife and feuding with Century Media, which led to a parting of ways in 2001. Guitarist Rich Ward went on to play in wrestler Chris Jericho’s ’80s cover band Fozzy and release his own, very strange solo album.

In 2005, the band got back together to tour, but frontman Bonz left before they went into the studio in 2006 to record Southern Born Killers. With new rapper Lord Nelson, the band released this record as a free download. It led to a signing by Napalm Records and this official release two years later with three bonus tracks.

While most of the groups that cashed in on the rap rock sound have moved on over the years in search of the next trend that will score them a radio hit, Stuck Mojo continues to do what they’ve always done. If you’ve heard the band before, Southern Born Killers doesn’t offer a lot of surprises.

The record opens with the chugging riff of “I’m American,” which leads into a Rage Against the Machine-inspired verse (without the annoying vocals) and a hard rock chorus with sung vocals. That pretty much sums up what you’ll get here. The title track is one of the catchiest numbers on the record, blending southern hip-hop influences with southern rock and metal. Each style gets its spotlight on the record. “The Sky is Falling,” is more of a straight hip-hop number with a radio rock chorus, while “Metal is Dead” should satisfy the other side of the audience with its blazing thrash riffs.

The album does have more than its share of throw-away tracks. “For the Cause of Allah” is a white noise track with drum machine, synth and audio clips from newscasts that’s really a huge waste of space to set up the track “Open Season.” It would have bothered me less if it had been short, like “Prelude to Anger,” the second unneccessary intro track. “Yoko,” a bit of a joke track, is another song that really seems to kind of take the air out of this record, placed between two solid numbers.

The main thing Stuck Mojo seems to have lost with former frontman Bonz is the ability to do more funky, southern-flavored songs. Two of my favorites from the band are “Southern Pride” and “Hang ’Em High” from The Rising. Nelson’s style just doesn’t lend itself to those types of songs, and I do miss it.

Of course, when the new lineup gets it right, they get it really right. “That’s When I Burn” is one of the best songs they’ve ever recorded with a great grooving guitar riff from Ward and an undeniably catchy chorus.

Southern Born Killers covers ground that Stuck Mojo has covered many times in the past, but there’s something to be said for sticking to your guns. They know what they do, and they do it well. It’s not their best record, and it’s not as exciting as it was 10 or 12 years ago, but if you’re looking for a funky blend of metal and rap, it’s solid.