Stuck in my Head: "Payback," Slayer 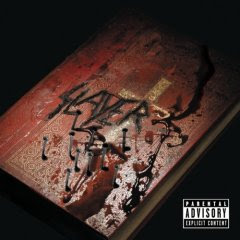 It was this day in 2001 that Slayer’s "God Hates Us All" arrived in my mailbox. It was late that night before I actually had the chance to hear it, for obvious reasons. I had been called into work a couple of hours early for an all-hands-on-deck day that lasted well into the night.

On any other day, the vitriol of the final track on that record, "Payback," might have gotten a chuckle out of me. On this day, I was right with Tom Araya when he was screaming out "I’m going to tear your fucking eyes out, rip your fucking flesh off, beat you ’til you’re just a fucking lifeless carcass." Though unnoticed in the mainstream, which latched on to artists like Alan Jackson, in the days and months that followed Sept. 11, 2001, Slayer’s "Payback" was a song that expressed the anger and frustration that many people felt.

Obviously, "Payback" was written prior to the attacks and without knowledge of them, but there’s an eerie resonance between the lyrics and the events of that day and those that followed:

When you draw first blood you can’t stop this fight

It didn’t hurt that it was one of the heaviest, fastest, most aggressive Slayer tracks in years. Though not intended for that purpose, the song was incredibly cathartic after the days of dealing with a constant barrage of news, rumors and body counts in the after math of the attacks. It offered a way for this metal fan to vent his frustrations by cranking it up on the way home from work and screaming along, imagining that, just maybe, the song described exactly how bin Laden’s end would come. In a perfect world, maybe it would have.

Hear a sample of "Payback."