Stuck in my Head: "The Saints Are Coming," U2 and Green Day 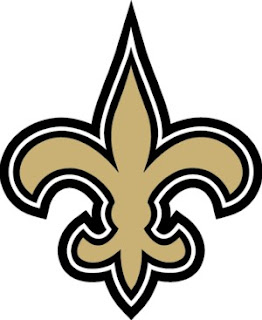 For every music fan there are those bands that seem to surround you. They're critical darlings, everyone seems to love them and it seems that if you're not a fan, you're somehow disconnected from the rest of your generation. For me, one of those bands is U2.
I've never disliked U2. In fact, I really like a few of their songs, but overall, I'm indifferent. If they come on the radio, I won't switch the station, but neither am I likely to turn up the volume.
But my perception of U2 changed on Sept. 25, 2006, when before the Saints' triumphant return to the Superdome, they took the stage with Green Day (a band that I truly do not like) and pounded out a modified version of The Skids tune "The Saints are Coming."
I wasn't one of the ones in the stands that night, but even through my television the energy and spirit in that building came through. It made me want to stand up off my couch and jump up and down and scream like I was in New Orleans. It was the perfect choice - the kind of high energy song that could pump a crowd up to an even higher level, with lyrics that just about everyone filling the Dome that night could relate to. Sure, the night would have been special and probably just as electric without U2's performance, but it provided the icing.
It provided a triumphant beginning to what was a year of many triumphs in New Orleans, a year where Louisianans love of football really did matter in the wider world and a year where a sports franchise really did make a difference, on and off the field. Every time I hear the song, I'm taken back to that night and a little of that feeling returns.
With the Saints set to kickoff the regular season Thursday night against the Indianapolis Colts, I guess it's only fitting that "The Saints are Coming" should be running around in my head. I've got more excitement about this season of Saints football than I've ever had in my entire life. Prediction? Tune in Thursday to see a preview of this year's Super Bowl.
Hear a sample of "The Saints are Coming."
Get U2's "18 Singles."
Stuck in my Head is an occasional feature about whatever song happens to be running around incessantly in my head at the moment.
Posted by Fred Phillips at 10:10 PM

Labels: Saints, Stuck in my Head, U2