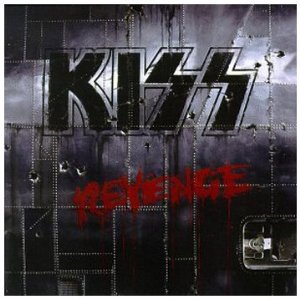 When you think of Kiss, most people think of the outrageous makeup and elaborate stage shows of the 1970s or, perhaps, the somewhat sad nostalgia act the band has become today, starring in reality shows and attempting to relive those glory days with two other guys dressed up like guitarist Ace Frehley and drummer Peter Criss. The no-makeup period from the 1980s and early 1990s will largely be overlooked and perhaps dismissed as Kiss’ attempt to fit into the hair-band scene of the time. Never mind the fact that a 1970s Kiss performance featured more excess in one song than most of the 1980s bands did in the whole decade.

The truth about the unmasked version of Kiss, though, is that many of their offerings were superior to the classic records from a technical standpoint. Though it may offend some hardcore fans, most of the guitarists and drummers that Kiss had in the 1980s were, if we’re being honest, far more talented than Frehley and Criss. Was the band better with those guys than the original lineup? Well, that’s certainly debatable, but most Kiss followers, myself included, are going to reach for Destroyer or Dressed to Kill before Animalize or Asylum.


That said, there is one non-makeup Kiss record that certainly belongs in the conversation with the band’s best work. Released in 1992, Revenge came on the tail of two snoozers — 1987’s Crazy Nights and 1989’s Hot in the Shade — that were completely lost in the keyboard-laden, ballad-heavy 1980s radio rock sound. Revenge, though, was a different beast. There were still plenty of mindless sex and party anthems. It wouldn’t be a Kiss record without those. But there was a darker, heavier edge to the album, which was loaded with Gene Simmons’ gruffer vocals.

The first song, and the lead single, “Unholy,” made it clear that this wasn’t going to be the nice, friendly version of Kiss that had released the previous two records. A noisy fade in leads to a beefy, squealing metallic riff and Simmons growling like the demon he portrayed in the makeup days. It’s an appropriate vocal, considering the lyrics were written from the viewpoint of the devil. It’s a concept that could have come off very cheesy, and has many times for many bands, but Simmons made it work. The sustained wah-ed out notes by guitarist Bruce Kulick that complement Simmons’ growls in the final seconds of the song provide the icing on the cake — devil’s food, of course. In my opinion, it’s not only the best song on Revenge, but one of the best songs in the band’s catalog.

Having pretty much sworn off Kiss after the previous two records, I heard “Unholy” on KLPI, the student radio station at Louisiana Tech, and immediately went out and bought the record the next day. I was thrilled to hear Kiss finally rocking again, and I didn’t need to hear another song to know I wanted Revenge. It was probably a couple of days later when I finally quit repeating “Unholy” over and over and moved on to the other songs. Fortunately, the rest of the album didn’t disappoint either.

I’ve always preferred Simmons’ vocals over Paul Stanley’s, and Gene’s songs also tend to be darker, so it was a plus that five of the 11 songs with vocals had Simmons up front. For me, those are the high points of the record, particularly the down-and-dirty rock ‘n’ roll of “Paralyzed” and the cool groove of “Domino,” which is surprisingly reminiscent of Tony Joe White’s “Polk Salad Annie” in the opening moments.

Stanley, though, has his moments. As always, his songs tend to be a little more upbeat and glam. The two best here are “Heart of Chrome” and “I Just Wanna.” “Heart of Chrome” features an infectious chorus that has just a little bit of a disco feel – but a cool disco feel, if that’s possible. “I Just Wanna,” well, it’s pretty much what you expect from the title, but it’s an absolutely perfect three chord rock ‘n’ roll song with a big verse melody and an even bigger chorus. The hook here is the gloriously unrefined stuttering refrain “I just wanna fuh … I just wanna fuh … I just wanna forget you,” and I remember this song causing a huge argument with my parents when I accidentally left it in the tape deck of my mom’s car while we were on vacation. It’s particularly funny now because the song is so innocuous these days. If only they’d heard some of the other stuff I was listening to at the time.

The album also included an instrumental tribute to long-time drummer Eric Carr, who died in 1991 of a rare heart cancer, with the final track “Carr Jam 1981.” It’s a version of a song called “Breakout” written by Carr and Frehley in 1981 and later recorded by Frehley’s Comet. For Revenge, Frehley’s parts were re-recorded by Kulick — perhaps signaling the start of a trend in later years.

As with any Kiss record, Revenge is not without its stinkers. The chief offender is the reworking of Argent’s “God Gave Rock ‘n’ Roll to You,” recorded for the soundtrack of “Bill and Ted’s Bogus Journey” and included largely because it was the last track that Carr played on. The song is overbearing to the point of obnoxiousness. Naturally, it was a hit. There’s also the generic 1980s ballad “Every Time I Look at You,” co-penned by producer Bob Ezrin, which is completely disposable. But those are the only two skips of the 12 tracks.

Kulick shreds all over the record, as he did with most Kiss albums he was involved in, and drummer Eric Singer, who still plays with the band in Peter Criss’ makeup, provided a rock-solid base for the songs. This lineup of the band was, perhaps, the most potent, and it gave fans like me hope for yet another new and heavier era in Kisstory. It had the combination of the commercial appeal they’d always enjoyed with the added bonus of a little musical integrity and respectability, which they hadn’t previously had. Unfortunately, it was during the recording for the second album from this lineup, Carnival of Souls, that the band reunited with Frehley and Criss during an MTV Unplugged taping, leading inexorably to the full reunion and donning the makeup again.


After demand from fans, a version of the second record from this lineup, titled Carnival of Souls: The Final Sessions, was quietly released with very little effort put into the presentation and practically no fanfare or marketing. Carnival of Souls, while a good record, was not quite as strong as Revenge, leaving fans to wonder whether this lineup could have been something great or if Revenge was just a strange and wonderful accident.

The two records released since the reunion, 1998’s Psycho Circus – which barely featured Frehley and Criss, even though they’re credited – and 2009’s Sonic Boom, with Singer on drums and Tommy Thayer on guitar, were mostly disappointing. These days, Kiss seems comfortable to roll out the same tricks they’ve been doing for 30-plus years, act like it’s still the 1970s and pretend that fans don’t know the guys in the spaceman suit and the cat suit aren’t Frehley and Criss. They’ve pretty much become a tribute band to themselves at this point, which leaves me with mixed feelings.

On the one hand, I’m glad that I had the chance in the late 1990s to see the original lineup and the full stage show that I was too young to catch in the 1970s. On the other, I’ve always wondered what would have happened if they’d continued down this path. Maybe the unmasked version of the band would have caught up to the classic version, or maybe, just maybe, Gene and Paul might be more interested in making music these days than selling coffins and condoms.