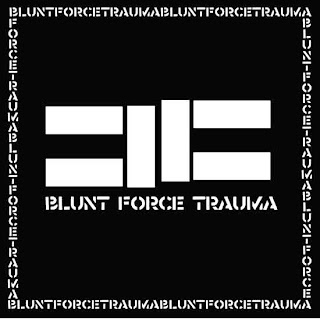 If you’ve followed the career of Max Cavalera, you won’t likely be surprised by what you hear on Cavalera Conspiracy’s latest outing, Blunt Force Trauma. It’s the same blend of Sepultura-style thrash and groove metal he’s delivered since leaving Sepultura, minus the world music influence. His second reunion with brother and drummer Igor Cavalera is, perhaps, a bit more refined and a bit less ugly than 2008’s Inflikted, but it’s no less powerful. In fact, the variety on Blunt Force Trauma, including a slightly surprising twist or two, just might make it a better record.


Album opener “Warlord” pretty much tells you what you’re going to get. It’s a Chaos A.D.-style thrasher with just a little bit of the more modern touches of Soulfly. Despite the fact that the primary draw of Cavalera Conspiracy is the reunited Cavalera brothers, the real star of the show here is guitarist Marc Rizzo, who begins his shred odyssey on “Warlord” and delivers distinct and impressive lead work over most of the tracks. His guitar is the strongest element on a number of the songs, and lifts a few above the pedestrian. A great example is the title track, which is fairly standard and unexciting until Rizzo delivers a nice melodic guitar piece toward the end.

Most of the tracks here are solid, if familiar. “Torture” is a fairly predictable bashing Cavalera song, in which he employs one of his favorite chorus techniques. That would be repeating the title of the song with some variant of fuck or motherfucker, in this case “torture, motherfucking torture.” Someone really should let Max know that repeatedly screaming the title of the song really doesn’t qualify as a chorus, but we’ve come to expect it from him, and it’s minor in the overall scheme of the record. “Thrasher,” “Target” and the title track offer more of the same.

Then there are a few curve balls. My favorite of these is “I Speak Hate,” which opens with a galloping traditional metal riff that almost travels into Iron Maiden territory. It’s interesting to hear Max’s growls laid over such a melodic background on the verses, and it’s a song that really allows Rizzo to show something guitar wise other than the chunky percussive riffs that are normally required for Soulfly and Cavalera Conspiracy. “Lynch Mob” features a guest vocal by Roger Miret of Agnostic Front, and makes up for a pretty straightforward thrash verse with a nice squealing hardcore flavored stomp on the chorus. “Killing Inside” is certainly the most commercial and accessible number on Blunt Force Trauma, but it’s also one of the strongest. The catchy groove worms its way into your brain and makes a dark and poisonous den there.

Another favorite is “Genghis Khan,” despite the history-book style lyric. It’s got a huge riff and more nice lead work by Marc Rizzo, and I also like the almost spoken word vocal delivery on the chorus. It reminds me a little of Slayer‘s Tom Araya on a song like “Dead Skin Mask.”

Things do go a little off the rails toward the end of the record with songs like “Burn Waco” and “Rasputin” not being very interesting. Some versions of the record also include a cover of Black Sabbath’s “Electric Funeral,” which I like from a musical standpoint, but the gruff vocals don’t quite work for me on the song.

Blunt Force Trauma delivers exactly what it should. It’s a Cavalera project through and through, and that’s really all you need to know to make up your mind about it.

This record was purchased by the reviewer. This review originally appeared at Teeth of the Divine.