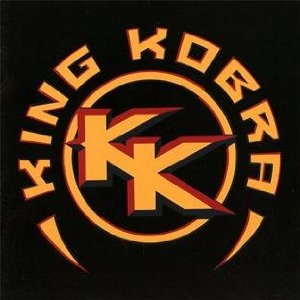 When the new self-titled project from reformed 1980s rockers King Kobra, issued by Frontiers Records earlier this month, landed in my hands, I remembered two things about the band. Sadly, neither one of them was legendary drummer Carmine Appice (Vanilla Fudge, Ozzy Osbourne, Blue Murder).

Instead, I remembered the cheesy, synth-laden, quintessentially 1980s theme song from the movie “Iron Eagle,” and the fact that King Kobra was the band whose original singer had become a woman. The band released three albums in the 1980s that barely made a blip on my metal-loving radar before breaking up in 1988, with most of the members moving on to moderate success in other acts. Appice joined Blue Murder with John Sykes, who had been ousted from Whitesnake. Bassist Johnny Rod joined shock-rockers W.A.S.P. Guitarist Mick Sweda joined Marq Torien, who had a brief stint as the singer of King Kobra, to form BulletBoys.


Sweda and Appice got back together with a new lineup to release an album in 2001 that didn’t get much traction, and the band was put on the shelf again until 2010, when Appice reformed most of the original lineup of Sweda and David Michael-Phillips on guitar and Rod on bass. In place of original singer Mark Free (now Marcie Free and recording with the band Unruly Child), Appice then signed up Paul Shortino (Rough Cutt, Quiet Riot) for vocal duties.

It may have been nearly 25 years since this version of the band recorded together, but on King Kobra, it still feels like 1987. Putting this record on the stereo is like stepping into a time capsule. At times, that’s a very good thing, and at other times, it’s a very bad thing. Lyrically, the songs are a typical ’80s mix of sex, partying and the requisite couple of ballads about lost love, and musically it often treads a fine line between the bombastic hard rock of the era and overly dramatic pop. “Crying Turns to Rain,” for example, goes for a Whitesnake feel, but skirts Michael Bolton territory just a little too closely. The three ballads here are largely forgettable, as were most of the era, ranging from overly melodramatic (“Live Forever”) to the generic (“Fade Away”).

The time period this record represents, though, was all about a good time, and King Kobra delivers that aplenty, starting with opening track “Rock This House,” which makes a promise to children of the ‘80s. It’s a driving rocker, complete with handclaps on the chorus that say “we’re here to have fun, relevance be damned.” And that’s exactly what they do for most of the next hour or so. “Turn Up the Good Times” is a party anthem with a sleazy, addictive groove. “Tear Down the Walls” opens with a guitar riff reminiscent of Ace Frehley’s “Rock Soldiers” and has one of those gang-vocal choruses that’s, at the same time, both incredibly cheesy and undeniably addictive.

There are a couple of truly inspired moments on the record, the first being the down-and-dirty “We Got a Fever” with its blues-rock overtones and swaggering guitar licks from Sweda and Phillips. The second is the pounding “Screaming for More,” which swings with a David Lee Roth-era Van Halen feel. Both suffer from some clichéd sexual lyrics — among them, “my gun is fully loaded/I’m gonna shoot you full of lovin’ tonight.” But then so did quite a bit of Roth-era Van Halen, if we’re being honest.

There are, thankfully, no cheesy synths or electronics on this record, and the addition of Shortino gives the band a slightly rougher sound. Though I disliked it when he took over for Kevin Dubrow in Quiet Riot in the mid-1980s, I warmed to him here. There’s certainly more smoke and gravel in his voice than in Free’s, and it gives the music a little bit of 1970s hard-rock cred. The musicianship is solid, if a bit dated in sound. Appice’s resume speaks for itself, and Sweda and Phillips offer up a good mixture of anthemic riffs and smoking leads.

King Kobra isn’t likely to electrify the rock world in 2011, but I also don’t think Appice and Co. intended it to. It’s an album that is very much of the era when the band formed. To me, it sounds like a couple of old friends getting together, reliving some good times and partying like it’s 1989. For that, it’s a great record.