Best of 2009: Most promising discoveries 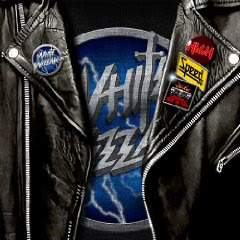 I'll continue my look at the best releases of 2009 with a look at a couple of the most promising acts I found this year. (The links will take you to my original reviews).

White Wizzard. I know I gave them some grief for the spelling of their name and their two-year-old EP which was released by Earache this year, but it did show a lot of promise. I’ve kept up with some of the stuff they’re doing for their official Earache debut “Over the Top,” and I’ve got high hopes for it.

The Sin Committee. Their EP was one of the best sets I’ve heard from an unsigned band lately. I’m interested to see where they go from here.
Posted by Fred Phillips at 4:57 PM