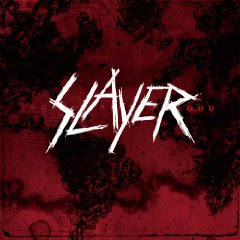 I remember reading an interview with Kerry King a while back where he was asked what he thought about producer Rick Rubin choosing to work with Metallica on “Death Magnetic” rather than working with Slayer again. King’s reply was something to the effect that Rubin enjoyed working with bands who were trying to reinvent themselves, and Slayer had no desire to reinvent themselves.

On the one hand, that’s admirable. On the other, maybe it’s time for Slayer to at least consider a few tweaks.

“World Painted Blood” is not a bad Slayer album. In fact, it might be some of their best work since “Divine Intervention.” Unfortunately, it’s gotten to the point where you’re kind of thinking “Slayer’s released their album again.” I quite enjoyed it for the first week it was in my CD player. After the second week, I’d had enough, and a few months from now when I want to hear some Slayer, I’ll be much more likely to grab “Reign in Blood,” “South of Heaven” or “Seasons in the Abyss” than this one.

There are certainly some songs here that most fans will agree on. The title track, “Psychopathy Red,” “Unit 731” are all a bit reminiscent of the band’s earlier work with catchy melodies and enough aggression to satisfy, but at the same time, they just can’t recapture the raw energy of the early records that they recall. A song like “Public Display of Dismemberment” tries to attain the speed and chaos of some of the band’s earliest work, but it comes off here as more of a faux chaos. There’s just not enough viciousness here, and it sounds a bit too premeditated. Perhaps its because they’re older, perhaps it’s because I’m older or perhaps it’s a combination, but these songs just don’t light that fire in me.

By contrast, the more interesting tunes here are the ones that many fans will probably dislike. On “The Human Strain” Tom Araya abandons his usual monotone vocal melody for an almost rap-like cadence that brings something different to the record. “Americon,” while certainly the most commercial piece here, is bouncy and quite catchy, though sure to send a certain segment of fans into a rage. The song, though, that’s most likely to polarize fans is the droning “Playing With Dolls.” It’s perhaps the softest song in the Slayer catalog, but interesting simply because it’s something they haven’t done before. Don’t get me wrong. I’m not saying these songs are great, but at least they bring something new to the mix.

I do admire King and Co.’s unbending desire to stay true to the Slayer brand and their unwillingness to compromise. It’s a trait that I’ve wished more bands in the past had. That said, though, I think it may be time to shake things up just a little. I think there are ways to put a little more variety in the music without going commercial. Otherwise, they risk becoming something of a nostalgia act with new records becoming just an excuse to tour their old stuff again rather than living, breathing blasts of new energy in the set.