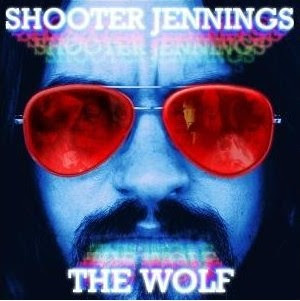 You have to like a guy like Shooter Jennings. Based solely on his name, he could probably be a country hitmaker if he'd play by Nasvhille's rules, but instead he chooses to do his own thing, avoiding the generic, over-produced crap you hear on country radio these days.

On his first two records, "Put the O Back in Country" and "Electric Rodeo," Jennings mixed his dad's brand of outlaw country with his own rock 'n' roll background for an interesting mix of songs that ranged from about as traditional as country gets to hard rock numbers. He brings the same formula to this record, but for some reason it doesn't work quite as well.

For one thing, the songs here seem much safer. There's not much edge either lyrically or musically to most of the songs, and too often it sounds like he's trying to recreate Waylon's sound, particularly on numbers like "Old Friend" and "Concrete Cowboys."

He does offer up some rocking moments. The opener "This Ol' Wheel" finds him rapping over a fiddle line in a Kid Rock-like piece. The funky "Higher" is the closest he comes to his previous two records here and another bright spot for the fans of his more rocking side. But there's not a song here that will connect like the dark and grooving "Bad Magick" from "Electric Rodeo" or the Southern rocker "Steady at the Wheel" from "Put the O Back in Country."

There's also a bit too much borrowing on some of the songs -- from his dad as well as others. For example, on "Tangled Up Roses," I just can't get past the fact that I want to sing The Who's "Baba O'Riley" when those big notes hit on the chorus.

That's not to say that there aren't good songs here. There are some really strong straight country songs like the low-down "Last Time I Let You Down," the double entendre of "Time Management 101" and the record's soulful title track. He also turns in an excellent cover of Dire Straits' "Walk of Life," and one of the strongest tracks on the album, "Slow Train," features a guest appearance by, of all people, The Oak Ridge Boys. Their tight harmony on the chorus really makes the song.

In the end, "The Wolf" is a solid offering for Jennings, though it doesn't come close to his previous two records. It seems designed to appeal more to the country side of his fan base or perhaps to open himself up to a wider country audience (something he's tried to avoid in the past). I, for one, miss the rowdier rock side of his music, and I hope he brings it back on the next record.