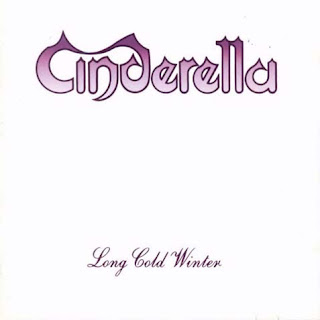 When Cinderella frontman Tom Keifer, who has been plagued with performance problems for many years due to paralysis of one of his vocal cords, posted samples from his long-awaited upcoming solo album, I had to hear them.

Though it’s hard to judge from the brief snippets, it appears the album will be an eclectic mix ranging from the hard rock of his former band to some country, blues and pop flavored songs. Listening to those samples, though, sent me to my CD shelf to revisit what is, in my opinion, Cinderella’s finest moment and one of the must-have records of 1980s hard rock.


Cinderella’s debut album, 1986’s Night Songs, while one of the better releases from the style, was definitely a record of its era. It was a three-chord, hard rock, sex and party album. But with the follow-up, Long Cold Winter, some other influences started to make their way into the music, and Cinderella started to find its own voice.

That’s evident from the opening notes of the album, a bluesy acoustic slide piece that opens “Bad Seamstress Blues/Fallin’ Apart at the Seams.” Yeah, the song eventually kicks up into a more familiar hard rock sound, but it’s more akin to Aerosmith than the band’s first record.

That’s followed up with the driving hard rocker “Gypsy Road,” which still gets a big crank of the volume knob on my stereo every time it comes on. Still, there’s more of a blues rock flavor to it, and that follows through the whole album. Most notably the title track, an electric blues-based number complete with organ and plenty of moaning guitar. Keifer stretches his vocal cords to the breaking point on the song, and he and Eric Brittingham lay down some very tasty licks. I’d hazard a guess that it was the first taste of blues that many long-haired kids of the late 1980s got.

Album closer “Take Me Back” further solidifies the shift with Fred Coury hammering the cowbell with so much gusto that it would even please “legendary producer Bruce Dickinson” and a roaring electric slide guitar riff. It’s straight out of the 1970s blues rock songbook.

I maintain that Keifer is one of the most underrated songwriters in hard rock, and there’s an awful lot of soul all over this record. In fact, that’s the difference between Cinderella’s ballads and the disposable ones of their contemporaries. The piano-driven “Don’t Know What You Got (Till It’s Gone)” remains a great song today, and it’s one of the few ballads of the 1980s that I didn’t skip on my cassette every time it came up. Likewise “Coming Home,” while a little less impactful, has a level of emotion that was rarely found in the ballads of the time. It also holds the dubious distinction of being the first and only song that I ever sang on a stage in front of an audience. I’d like to step out of the review and take this moment to apologize to everyone who was in that audience and also Mr. Keifer himself. Much alcohol was involved, and it will never happen again.

The bottom line, though, on this album is that whether they were rocking out full throttle on songs like “If You Don’t Like It” and “Fire and Ice,” grooving on midtempo numbers like “The Last Mile” or slowing it down for the requisite ballads, there was always plenty of grit, emotion and a great feel.

To be honest, I thought the band took the rootsy, bluesy sound just a step too far on their following album, Heartbreak Station, losing a little bit of the fire that makes Long Cold Winter so great. Here, though, they had the perfect mix of the times and a more classic sound.

These days people tend to shy away from admitting to liking acts that have been labeled as “hair bands,” but Long Cold Winter is a record that I’ll still proudly crank with the windows down.

Posted by Fred Phillips at 2:39 PM