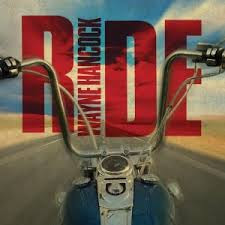 The news release that accompanies Wayne Hancock' latest release on Bloodshot Records opens with a quote from Hank Williams III, who says, "Wayne Hancock has more Hank Sr. in him than either I or Hank Williams Jr. He is the real deal." After you listen to Ride, or any of the material from the course of Hancock's career, it will be hard to argue with III's assessment.

Though the youngest Williams boy is often given the bulk of credit for the revitalization of the traditionalist country movement, Wayne "The Train" Hancock was doing it before it was cool. In fact, Hancock is responsible for writing a couple of the best songs on III's debut album Risin' Outlaw.


Like the legendary country singer he's often compared to, Hancock has fought his share of demons, but he approaches Ride clean and sober, or as he puts it as a "Double A Daddy," a reference to a song on his Thunderstorms and Neon Signs album, where the subject of the song is staying sober while encouraging his date to get smashed. For his newfound sobriety, though, there's no less rowdiness on this record than in the past.

Heartache and joy, often even in the same song, is the order of the day. A perfect example is the album-opening title track, where Hancock heads out on the highway on his Harley in the wake of losing his girl. All of his bandmates get to throw in their two cents in the extended jam solo section, another hallmark of Hancock's sound. Even though it's a tough luck song, at the end, the listener knows everything is going to be all right.

He hits a different road on "Lone Road Home," a jaunty upbeat, gospel-influenced swinger about getting into heaven.

Things slow down a little bit for "Get the Blues Low Down," with a moaning steel guitar setting the tone. But once again, there's a barely-contained upbeat undertone in the song, as with some of the best of Hank Sr's material. It's a sad song about loss and hurting, but it's one that's designed to make you feel better, like you're not alone and there is hope.

For all the the album’s uplifting themes, though, there is some anger, too. "Deal Gone Down" might remind listeners a little of the opening from "87 Southbound," a discordant note that finds the subject of the song discovering his wife cheating on him. As things often do in country songs, they go South from there, and they end up doing "the shotgun boogie, and it echoed all over town." The story ends on a down note for the wronged man, too, but there's hardly one in the song, which is one of the best here.

At first blush, "Cappuccino Boogie," one of the centerpieces of the record, might seem a bit of a hipster tune in the Starbucks world, but the jazzy, swinging number was actually written in the early 1990s. It showcases a slightly different side of Hancock's sound. Though still rooted in traditional country and its instruments, it also offers a jazz boogie feel that wouldn't be out of place on a Brian Setzer record.

That jazz influence comes back on "Gal from Kitchen's Field," which features a prominent trumpet line and melodically probably has a little more in common with Sinatra or Dean Martin than any of the Hanks. It's also one of the few truly soft and sentimental moments on Ride, a song where there's no rowdiness and no one's been hurt or wronged. Quite the opposite, in fact, this is the happiest guy on the record.

Though Hancock often shies away from comparisons with Hank Sr., it is, as III says, undeniable. "Any Old Time" is practically a dead ringer for the country great, as are songs like "Home with my Baby" and "Low Down Blues. It's not a copycat sound. Hancock mixes a few outside rockabilly and jazz elements into his deeply traditional country, and while their voices are similar, that's a good thing. There's honesty, vulnerability and the occasional imperfection in Hancock's delivery, things that the average Nashville star these days would never allow to come through on record.

Ride, like all of Hancock's work, has great feel, great fun and great musicianship. It's a seriously good traditional country record that manages to not take itself too seriously. You want true old-school country the way it was meant to be done? Wayne Hancock's your huckleberry.

Posted by Fred Phillips at 2:05 PM