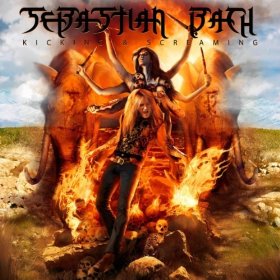 If there’s one act from that morass of hairy hard-rock bands from the late 1980s that I’d love to hear some new music from, it’s Skid Row.

Often you hear people try to separate bands from the “hair band” stigma by saying they got a bad rap. With Skid Row, that might be at least partially true. After being discovered by Jon Bon Jovi, the band released its self-titled debut in 1989. Though it was a great commercial success, producing their two biggest hits in the ballads “I Remember You” and “18 and Life,” it wasn’t entirely what the band was about. We found that out in 1991, when they released the follow-up Slave to the Grind, a much heavier and nastier record than their debut. The songs ranged from the down-and-dirty hard rock of the lead single “Monkey Business” to the near-thrash of the title track to darker and much more interesting ballads “Quicksand Jesus” and “In a Darkened Room.”

By the time the band’s third album, the underrated Subhuman Race, landed in 1995, the band had more in common with Pantera than Bon Jovi.

After that album, things fell apart. Singer Sebastian Bach was fired, and his departure was followed shortly by drummer Rob Affuso. Bach went on to do two solo records — one mostly live versions of Skid Row songs and the other a collection of covers. He dabbled with several side projects that never went anywhere and became a staple on reality TV, even forming a “Supergroup” for a VH1 show with Ted Nugent, Anthrax’s Scott Ian, Biohazard’s Evan Seinfeld, and Jason Bonham. That went about as well as you’d expect. Skid Row hired a new singer from Dallas, Johnny Solinger, who looked and sounded quite a bit like Bach. They released one decent record, 2003’s Thickskin, and one horrible, jokey novelty record, 2006’s Revolutions Per Minute.

Neither camp had done anything even remotely in the ballpark of those first three albums until 2007, when Bach released what I consider his first true solo record, Angel Down. It was a heavier record, more in the vein of Skid Row. It was uneven, but features a ripping version of Aerosmith’s “Back in the Saddle,” with Bach trading vocals with Axl Rose, and signaled a possible turn-around and new focus on music by Bach. He takes that one step farther with his latest album, Kicking and Screaming, issued September 23rd in Europe and then on September 27th in the USA by Frontiers Records. For the most part, Kicking and Screaming falls, in sound, somewhere between Slave to the Grind and Subhuman Race, and that’s a very good thing.

The songs on this record are much better than Angel Down, which offered a lot of promise yet few memorable hooks. The most notable difference is the guitar work of 21-year-old Nick Sterling. This kid is an absolute monster, dishing out riff after crushing riff through the course of the record, and his guitar gives the record a very heavy feel that Bach’s vocals don’t always bear out.

If there’s one issue that you know a Sebastian Bach record is going to have, it’s going to be self-indulgence, and that’s what makes Kicking and Screaming just a great record instead of an incredible one. In Skid Row, bassist Rachel Bolan and guitarist Dave “Snake” Sabo were able to rein him in a little and point him in the direction of some slightly better hooks. On his solo work, obviously, he’s calling the shots.

The best example is the track “One Good Reason.” The verse of the song may be the best thing produced by either camp since the Skid Row split. It’s heavy, gritty and tough-as-nails with a bridge that features some of Bas’ best screams this side of Subhuman Race. Then we get to the chorus, and it’s a squeaky-clean pop-rock affair that just kind of takes you right out of the mood that the verse and bridge create. It’s still awesome, but if not for that chorus … oh man. It’s a problem that crops up again and again on the record. The other is that he too often goes for that nasally high voice. Bas has amazing range, but his wheelhouse is in the lower registers and the screaming snarls that only he can deliver. The highs are kind of, well, wimpy in comparison.

Kicking and Screaming kicks off with a title track that has this fantastic grooving riff from Sterling, and it’s a great song if you don’t watch the video that goes along with it, which puts the focus — where else — directly on Bas’ face and ego. “My Own Worst Enemy” is backed with some energetic drumming from Bobby Jarzombek, but it’s one of those higher register songs, and the chorus comes off as a little soft.

The record recovers with the dark, grungy “Tunnelvision” featuring guitarist John 5, which might be one of its strongest moments. It’s one of the most controlled and in-the-pocket performances from Bach. It delivers everything you hope for from a Sebastian Bach/Skid Row tune — a tough verse, a memorable chorus, at least one good scream from Bas — with the addition of an incredible solo by John 5. Bach returns to that grungy theme later in the record on “Live the Life” and “Lost in the Light,” both standout tracks. “Live the Life” is a darkly grooving mid-tempo number that gives Sterling yet another showcase for his amazing riffs. “Lost in the Light” has the feel of 1990s-era Ozzy Osbourne track with a slab-like riff that will certainly make listeners think of Zakk Wylde.

Sterling, who also plays bass on the record gets to show off the lower end of his skills on “Dance on Your Grave” and “Caught in a Dream.” The first is a solid Skid Row-flavored number, but the latter suffers from another poppy vocal delivery, particularly on the chorus. “Dirty Power” has plenty of 1980s cock rock swagger and a great funky riff from Sterling. It should be one of the album’s pleasers for fans of his early work.

Naturally, the ballad quota is met on Kicking and Screaming with “I’m Alive,” “Dream Forever” and “Wishin.’” “Dream Forever” with its lilting alternative bent, is probably the best of the bunch, and “Wishin’” has kind of a ’70s pop feel, but none of the three are particularly special. There’s definitely not an “In a Darkened Room” here.

Despite whatever ego-feeding you might find on Sebastian Bach’s records, you can’t deny that he’s an amazing vocalist. He also seems to have finally found a pretty good foil for his vocal antics in the guitar work of Sterling, which holds the songs together well. Overall, Kicking and Screaming is a much better record than fans had any right to expect, and it’s the closest thing we’ve gotten to a real Skid Row record in 16 years. Still, I have to wonder what they could do if they put the old team back together.