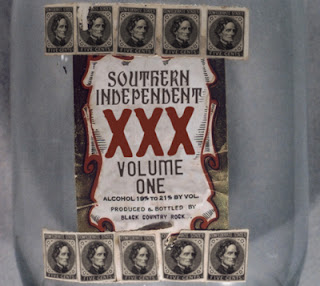 The ill-considered name of the genre aside, Southern Independent Vol. 1 and Vol. 2, despite being a bit uneven, are a pretty good representation of what’s out there in country and related genres that you’re not hearing on the radio or anywhere else, except maybe a local dive bar. There are a few slightly better-known artists — such as Jennings, Drive-By Truckers, North Mississippi All-Stars and Black Oak Arkansas — but the albums are mostly made up of relative unknowns outside the underground country community.

There’s also a blend of sincere, heartfelt country music with classic themes, and loud, rowdy, hell-raising upstarts. Some of both are fantastic, and some of both fall flat. Lone Wolf OMB, for example, a one-man band that opens the second volume with “Honky Tonk Carnie,” is just a little too over-the-top and circusy for me — though the music certainly fits the title of the song. Bob Wayne, whose “Road Bound” is found on the first volume, runs along the same lines, but doesn’t come off quite as corny. On the more serious side, John Carter Cash’s melancholy “Santa Monica” isn’t quite as dark and effective as it could be if he had more of his dad’s voice, but Robert Earl Reed’s “Road to Hattiesburg” is stark and haunting, even if he’s not the best singer in the collection.

The first volume goes to the softer, more serious artists, starting with Reed’s piece, where you can almost feel the ghosts closing in around you. Dallas Moore’s “Carolina Sunshine” will likely remind listeners of contemporary country just a little of Jamey Johnson, though Moore’s vocals have a tendency to go a little too over the top here and there. J.B. Beverley and Ronnie Hymes’ “I’m Bitter” is about as old school as it gets, with some gospel overtones.

The most striking of the bunch, though, came as a bit of a surprise to me. I’m not normally a fan of female country singers, but Rachel Brooke’s voice is enchanting on “City of Shame.” There’s definitely a heavy Patsy Cline influence, but hidden inside the country accent is a sexy jazz tone that just comes out every now and then to tease you. There’s plenty of the twanginess that turns me off about most female country singers, but that little croon in there balances it out nicely, and there’s just something I really dig about the combination.

There are some good rocking tunes, too, with Wayne’s “Road Bound” leading the way. Hellbound Glory’s “Rusted Up Old Pickup Trucks” is one of the catchiest numbers to be found on either collection.

Jennings’ own contribution confuses me a little, though. “Southern Family Anthem” is a driving Southern rocker of a song that straddles his country stuff and the rock of his last record Black Ribbons. It’s catchy as hell musically, but lyrically, it kind of promotes inbred Southern stereotypes. Yes, it’s a little tongue-in-cheek, but it seems to go counter to what he’s trying to do with this movement. Perhaps his latest single, “Outlaw You,” might have been more appropriate to the effort, even if it’s not as good a song as this one.

There are a few songs on Vol. 1 that don’t quite fit. On the good side is the Drive-By Truckers’ “Used to Be a Cop.” It’s a great song, but feels out of place in this collection. Then there are some off-the-wall pieces, like Slackeye Slim’s “Introducing Drake Savage,” which blends country, Spanish influences and a punk rock attitude, or Last False Hope’s “Guilty Until Proven Innocent” which takes the punk and rock influences found in the music of Wayne and Hank III to a new level, throwing in a few jarring moments and staccato metallic licks on the fiddle here and there. I can’t say that I really like those last two, but they’re certainly interesting. 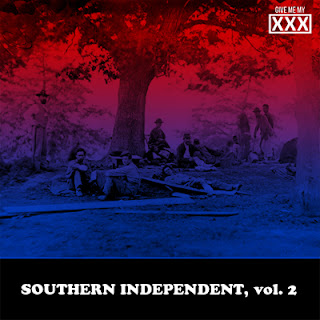 The hell-raisers win the day on the second volume, beginning with Powder Mill’s “Devil in New Orleans.” It’s a Southern rock-tinged number with shades of Hank Jr., Charlie Daniels and Waylon, and the singer’s voice has just a little touch of George Jones to go along with those other classic influences. That’s followed up by Joecephus and the George Jonestown Massacre (one of my favorite band names in underground country) playing “Quitting Time,” a catchy, somewhat profane little ditty that really hits home. It’s become an anthem for me in recent months.
Whitey Morgan and the 78s released one of the best overlooked records in the genre last year, a collection of early 1980s flavored country. It’s represented here by a familiar-sounding drinking song, “I Ain’t Drunk.” While not a cover of the Albert Collins classic of the same name, the chorus will certainly call it to mind.

Joey Allcorn’s “Whatever Kills Me First” is an interesting tune, opening with a fairly hard-rocking guitar riff which gives way to a very traditional country piece in the Hank Sr. mode, then there’s a dirty, funky little breakdown with some Hendrix-style lead licks thrown in for good measure. Lyrically, it follows a tried and true country tale of too much whiskey, smoke and women. It may be my favorite song on either collection.

Not all of the hell-raisers are winners, though. Jonny Corndawg’s “Chevy Beretta,” a blend of classic country, surf music and 1970s folk-pop, is just a little too corny for me. And Honky Tonk Hustlas’ “Down and Out” sounds like a mashup of Bob Wayne and Hank III, and just doesn’t bring any originality to the table.

Jason Isbell & the 400 Unit’s “Codeine” gives the collection an alt-country number, sounding, not surprisingly, a lot like Isbell’s former band the Drive-By Truckers. Roger Alan Wade’s “Canteen Full of Dreams” is soft and heartfelt with some interesting peaks both in his voice and guitar. It’s almost entrancing. The surprise of the album for me is Black Oak Arkansas’ “Sweet Delta Water.” I’ve never been a great fan of Jim Dandy’s voice, but I like it on this song, which is an easygoing piece with an interesting melody.

Ultimately, Southern Independent goes to show that there’s more than sugar-coated pop and rehashed 1970s rock going on in the country world these days, even though you might not hear it if you don’t know where to look. While you probably won’t like everything in these two collections, I can just about guarantee that there’s something for any music fan among these 26 tracks. And, hey, the price is right.

Posted by Fred Phillips at 7:02 PM