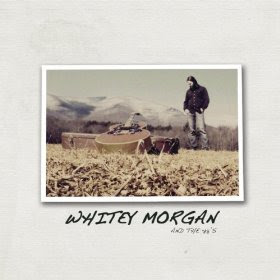 Before you read this, I know full well that two of the records in this edition of Blast Beats might be enough to have my metal card revoked, even after 30 or so years of service. But I’ve got a word or two to say about them, so bear with me, and I’ll make it quick. I’ll start with the good.

Whitey Morgan and the 78s, “Whitey Morgan and the 78s”
I heard good things about this record when it came out last year, but it’s taken me this long to finally get a hold of it and give it a good listen. Most of the praise that I heard is well-deserved.
Morgan and Co. are part of a new wave of traditional country outfits that are taking the music back to its roots and away from the candy-coated pop that Nashville’s churning out these days. This record could easily have hit the scene in the late 1970s or early 1980s, and wouldn’t have seemed out of place. It’s by no means a perfect record. There are rough spots and points where the songs sound, perhaps, just a little too derivative. But there’s tons of promise here. Morgan proves himself to be a pretty good mimic here, with a heavy Waylon Jennings influence on tunes like “Bad News” and “Hard Scratch Pride,” and a decent George Jones sound on “Turn Up the Bottle,” which also pays homage to Jones. His version of Dale Watson’s ode to Billy Joe Shaver “Where Do You Want It?” is almost spot on for Watson’s song, and “Meanest Jukebox in Town” is unabashedly old school, harkening back to even earlier days of the country genre. Some songs are lonesome, some fun, like “I Ain’t Drunk,” which echoes, intentionally or not, the Albert Collins classic, only with a drawl. (Metal content: Wrathchild America also did a cool cover of the Collins tune). I can’t say a Southern drawl since Morgan hails from Michigan, another surprise. If you like your country with plenty of drinking, cheating and heartaches, this is a band to keep an eye on.
Check out: “Bad News,” “Turn Up the Bottle,” “Hard Scratch Pride,” “Where Do You Want It?,” “I Ain’t Drunk”
Consider: “Memories Cost a Lot,” “Buick City,” “Meanest Jukebox in Town,” “Honky Tonk Queen,” “Long Road Home”
Skip: “Cheaters Always Lose” 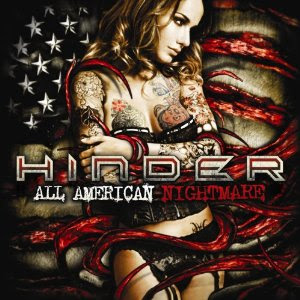 When I first heard the title track from this record on the radio, I was impressed at the old school hard rock groove of it. When I looked it up online to see who it was, I was almost embarrassed for myself. Well, at least it wasn’t Nickelback. Hoping for a brief, shining hard rock turn like the one that Saliva delivered on “Survival of the Sickest,” I decided to give it a shot. Mistake. I still love the groove of the title track, but most of the rest of the record is the same uninteresting, radio-friendly rock that they and dozens of other bands like them keep dishing out. There are moments of inspiration, like the driving riff of “Striptease,” but something even brings those songs down, in that case, the banal lyrics. There’s a lot of 1980s sleaze rock inspiration that leaks through in good ways on songs like “Good Life,” and in very bad ones on the Poison-ish country-flavored ballads like “What You Gonna Do,” “The Life” and “Put that Record On,” none of which would be out of place on a Bret Michaels album. Then there are the songs with what, I think, they believe are clever lyric twists, like “Hey Ho.” Gee, didn’t see that one coming. The title track rocks. The rest of the record, unfortunately, is exactly what you’d expect.
Check out: “All-American Nightmare”
Consider: “Two Sides of Me,” “Waking up the Devil,” “Striptease,” “Good Life”
Skip: “What You Gonna Do?,” “Hey Ho,” “The Life,” “Red Tail Lights,” “Everybody’s Wrong,” “Put That Record On,” “Bad Motherfucker” 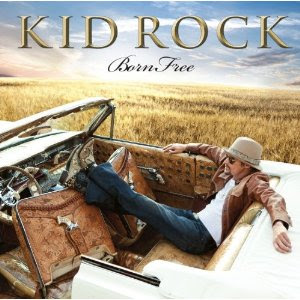 I’ll admit to being a closet Kid Rock fan in the late 1990s and early 2000s. I enjoyed 1998’s “Devil Without a Cause” and 2001’s appropriately named “Cocky” for the most part, with their mixture of the crass braggadocio of hip-hop and some, at times, fairly tasty hard rock sounds. It wasn’t high art by any means, but it was often fun. Then, something happened. He had a big hit with the horrible “Picture,” featuring Sheryl Crow, and he started to take himself seriously. Since then, each album has been less entertaining and more uninspired than the next until you get to this steaming pile of generic pop. “Born Free” mixes 1970s Bob Seger worship with the current pop country sound, and there’s not really an interesting note anywhere on the record. The couple of songs with any life to them at all, you’ve heard before done better and with more energy. I know we all get older and change. I’m not the same guy I was in 1998. But for the guy who once spouted the line “no sellout, I ain’t no ho, fuck the radio…,” well, things seem to have changed a little more than for the rest of us.
Skip: The whole record

Posted by Fred Phillips at 6:25 PM