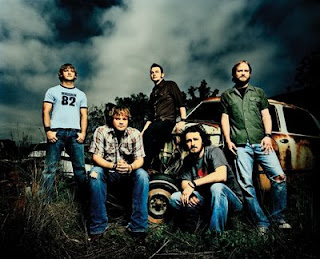 The members of the Randy Rogers Band feel right at home in a college town. It's largely where they've made their name, and the frontman isn't surprised by that.

"I think it's progressive," Rogers said of the band's music. "I think it's a little bit different from the norm, mainstream Top-40 music, and I think there's a hunger for that type of sound amongst college kids."

The proof that the college crowd is catching on comes from iTunes, where the Randy Rogers Band's last record passed country super group Rascal Flatts to debut as the No. 1 most downloaded country record.

"I think that was one of the most surprising things, just being No. 1 overall," Rogers said. "I think it's a testament to our fan base and how they access music. I think we have a younger fanbase, and downloading is how they're getting new stuff."

The number raised eyebrows in the industry and led to the Randy Rogers Band being named one of the "must-see" tours by Rolling Stone. Despite the overnight acclaim, Rogers definitely doesn't consider the band an overnight success.

"For me, nothing's happening quickly or overnight," he said. "I think that I've been working hard, and I'm real proud of how far we've come. Eight years is a long time to be on the road. I made four records before I signed a major record deal, and now I'm on my second record with the major label. That's something to be proud of."

Rogers' second album on Mercury Records is simply titled "The Randy Rogers Band," and it's a personal album for the band.

They also moved their operations to Dockside Studio in Maurice, La., where Dr. John and B.B. King have recorded, to get away from their home base of Austin. They spent two weeks there, working into the wee hours of the morning.

"We wanted to get away from Austin, and we didn't want to go to Nashville with all the distractions," Rogers said. "We've played Louisiana several times, and we like the vibe. It was an attempt to get away from the rest of the world and not answer your cell phone for a while."
Posted by Fred Phillips at 5:39 PM