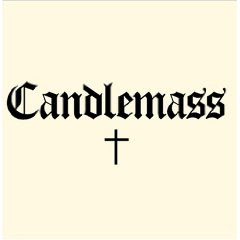 It’s been more than 15 years since this classic lineup of Candlemass last entered the studio to record “Tales of Creation.” It’s been six years since any incarnation of the band entered the studio. But now, they’ve reunited and signed to Nuclear Blast looking for a new beginning, as evidenced by the eponymous title of this album.

In the years since this lineup split, a lot has happened. It started with the standard in-fighting and money troubles and progressed into a full-blown breakup of the band from 1993 to 1998, during which time founder Leif Edling worked on some more experimental power metal. Those sounds would eventually find their way into the late 1990s albums from a resurrected Candlemass with a host of new players. As often happens, the changes didn’t sit well with some fans. The early lineup finally got back together in 2003 for some reunion shows, but even then there were still problems. In May of 2004, Edling announced on the official Web site that the band was done for good – “finished … zero … nada … out” – citing internal problems and disagreements over the direction of the music.

In November 2004, they reconsidered. Apparently they had a lot of great songs written and decided it would be stupid not to put them out there. Fans of the early Candlemass albums will be glad they decided to give it another shot. If you recall those albums, you’ll remember they were plodding, doom and gloom metal owing heavily to Black Sabbath. For this album, the band returned to those roots, but also kept a little of the other incarnations of the band. While there are still plenty of slow, crushing riffs and haunted vocals to be found, there are some faster songs on the album as well, with touches of power metal and traditional metal. That comes through from the opening song “Black Dwarf,” which reminds me a lot of early Iced Earth.

As always, Candlemass delivers the big, sinister guitar riffs you’d expect from Sabbath disciples. Singer Messiah Marcolin is in better form than ever on this album, sounding like a cross between Bruce Dickinson and some of King Diamond’s lower registers. His vocals seem to have a little more power than on the earlier albums. I’m sure that’s due partly to production advances since those albums, but he’s also got a little more grit in the vocals now.

There are still moments where I think they might owe some royalties to Black Sabbath. The main riff of “Born in a Tank” echoes the classic “Children of the Grave,” and the chorus reminds me of early Iron Maiden. The verse on “Copernicus” also sounds an awful lot like the ominous three-note riff of “Black Sabbath.” But there are some unexpected bits. The opening riff and drums of “Copernicus” reminds me melodically, oddly enough, of some of Morbid Angel’s slower stuff – although certainly not as brutally heavy.

For a band that seems to be constantly on the edge of implosion, this album is pretty damned tight. If you like epic doom metal with lyrics that tell a story, you’ll definitely want to check out the newly reformed Candlemass. They’ve returned in grand fashion, albeit about 15 years later than most fans would have liked. Enjoy it while you can. Based on the history of this band, you never know if you’ll get another chance.