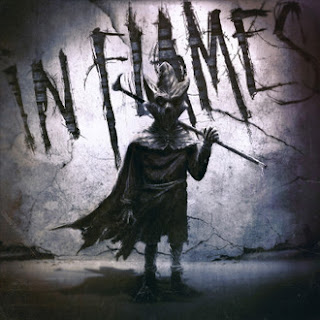 After three of the first four songs released from In Flames’ latest showed a lot of promise, I was hoping to party like it was 2002 with great albums from both Soilwork and In Flames again. In the end, though, it’s a mixed bag with some really strong songs, but quite a few skips.

Fans of the band’s earlier work should be pleased that there are heavier songs on this record than they’ve done in a while. It starts with album opener “Voices,” which definitely has some Clayman feel in the verses. That’s followed with the title track, which is an absolute banger. After that, things get spottier. There’s heaviness to be found in “I Am Above,” “Burn” and the addictive riffing of “Deep Inside,” which does a really good job of blending their styles. Yes, the heavy songs here do have more melodic, mainstream choruses, but in most cases, they’re very catchy.


I also find myself drawn to one of the strangest songs on the record, “Not Alone,” which is this strange alternative, Sisters of Mercy type of verse blended with a soaring Scorpions-influenced chorus. It shouldn’t work, but does.

I, The Mask features perhaps the band’s worst song ever in “(This is Our) House.” It’s just an awful song and doesn’t really fit with anything else on the record. The mix of songs is a bit uneven as the melancholy, ballad-type tracks, even the better ones, like “Stay With Me,” bring down the energy that the heavier songs get going.

My expectations were probably too high given the quality of the first few songs released, which led to some serious initial disappointment in the rest of the album. After a few weeks of listens, I still think it’s uneven, but there’s more good than bad. It’s their best effort, I believe, at least since Come Clarity.