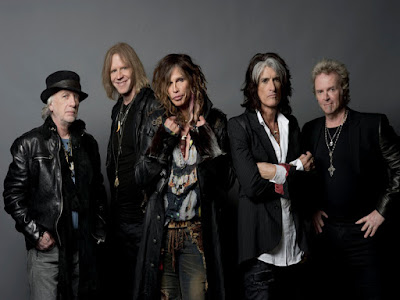 This second installment will be quite the challenge for me as one of my absolute favorite bands. I could fill a 13-song playlist based mostly around their debut album and 1976’s Rocks.

Notable Absences
“I Don’t Want to Miss a Thing.” I know it was their only No. 1 hit, but this song should die with fire.
“Train Kept A-Rollin’.” This is a staple, and I wanted to make it happen, but there were too many other songs I wanted to hear.
“Dude (Looks Like a Lady).” I don’t dislike this song, but think it’s overplayed.
“Janie’s Got a Gun.” I don’t care if I ever hear this song again in life.
Tough cuts
“Same Old Song and Dance”
“Back in the Saddle”
“Last Child”
“Kings and Queens”
“Monkey on My Back”
“Full Circle”
Posted by Fred Phillips at 1:41 PM