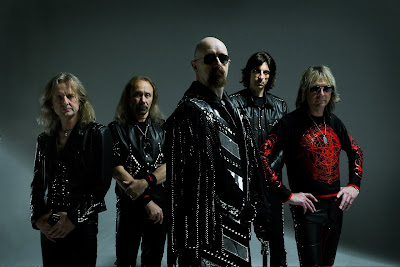 Let's say you've won a massive lottery. You'd use that money responsibly, right? Like building your own music venues and paying your favorite bands to play your favorite songs there?

So here's the deal. You're booking your favorite bands, and you're paying them so much that they let you pick the set list. You've got 10 songs (it's got to be a challenge, right?) plus a three-song encore. What's your Dream Set?
I’m hoping to do a couple of these a month. Since I’ve seen Judas Priest recently, and it’s fresh in my mind, that’s where I’m going to start.
Feel free to disagree with me or share your own.

“You’ve Got Another Thing Coming.” It’s not that I don’t like the song, it’s that I’ve heard it so many times that I don’t need to hear it again. For some reason it doesn’t hold up for me like “Breaking the Law” or “Living After Midnight,” which the same could be said for.
“The Sinner.” I know this is a staple, but it’s just never been a favorite of mine, and I’d rather use that seven minutes on something else.
“Metal God.” Good song, but I’ve always felt it was a little overrated.
Tough Cuts
Posted by Fred Phillips at 1:13 PM