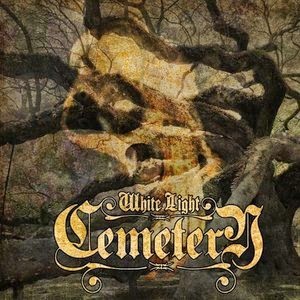 How often do you go to a country show and walk away with a new metal record? Almost as rare is popping in a small indie debut and hearing what sounds like a well-oiled, seasoned machine roar out of the speakers.

I had both experiences a couple of weeks ago when I caught White Light Cemetery, out of Lafayette, Louisiana, opening for Jackson Taylor and the Sinners. It seemed an odd combination at the time, but by the end of their set, White Light Cemetery had won over the whole crowd with a tight, grooving and highly entertaining show.

The band blends a few interesting worlds. They’re very much rooted in the sludgy swamp metal of their Louisiana brethren Down and Crowbar, but there’s also a heavy influence of Southern and stoner rock. It results in songs that are often very heavy, but also usually have more of a joyful tone than those other bands that I mentioned.


White Light Cemetery opened the set and their self-titled album with “The Temptress,” and it’s a perfect fit for both. It’s a rollicking, energetic number that dials up the fun, gets your foot tapping and provides a great introduction to what the band does. There’s also an awesome breakdown riff in there that just might be the best piece of music on the entire album. I love it and look forward to it every time the song plays.

Vocalist Shea Bearden perhaps doesn’t have quite the depth or range of Down’s Philip Anselmo, but he does have a strong and very versatile voice, and he needs it for the movements that the band goes through in the course of this record.

In addition to the sludgy grooves on tunes like “The Temptress” and “The Weiser,” we get some down and dirty, old-fashioned heavy rock ‘n’ roll on “Overloaded” and “2001 Maniacs.” The Southern rock roots come out big time on the twangy Skynyrd-influenced “Little Woman.” There’s even a little 1980s hard rock thrown in on the sex anthem “Bedroom Shaker,” a catchy number which has a great riff and more than a little bit of AC/DC flavor. It was a hit live, too.

Another one of those great groovers comes in the form of “Dead & Bleeding,” with guitar riffs that drive right through your ears and down into your body to get it moving almost involuntarily. It’s also got one of the more memorable lyrics on the record.

They delve into darker, doomier territory for the seven and a half minute “Rain Song,” which could be considered the centerpiece of the record. Bearden delivers perhaps his best vocal performance here, and the sparse guitars of the verse give drummer Thomas Colley and bassist Tara Miller a chance to really show off that bottom end groove that brings the boogie to the faster songs, but completely drives this one. And guitarist Ryan Robin has some soulful licks to match Bearden’s vocals.

I’ll admit that when the band closed the show with “Rain Song,” I thought it was an odd choice. Being in the moment of an energetic live show, slowing things down seemed strange. Hearing the song on record, I understand completely. It’s much more impressive and immersive in this presentation where you can get the nuances. That doomy feeling returns in the main riff of album closer “Farewell Letter,” which seems heavily influenced by their friends in Crowbar, but then takes a turn into a more bluesy, Southern flavor, mainly through Bearden’s emotional delivery.

Finally, rounding things out is a faithful cover of Kiss’ “Cold Gin,” featuring Crowbar’s Kirk Windstein. No offense to Windstein, since I love both Crowbar and Down, but I’d really rather hear a little more Bearden in the tune.

Generally when I get an indie album, even a really good one, there’s something about it that’s not quite ready for prime time. That’s not the case with White Light Cemetery. The music here is tight and polished, though not too polished, befitting the grungy, sludgy nature of their sound. There are songs I like more than others, but there’s not a tune among the 10 tracks that I dislike, which is rare even for a big-time release.

Their live show also puts on display the passion that the band has for what it does. I enjoyed the little things that I noticed as they performed, like Robin mouthing his solos as he played them, and all four members looking like they were completely lost in the music and the moment. The spirit was infectious, as by the end of the set, even those few country fans that looked a bit uncomfortable in the beginning were bobbing along.

If you like sludgy metal mixed with old-fashioned rock ‘n’ roll and a Southern drawl, you’ll want to check them out. And remember the name: You’ll hear it again.