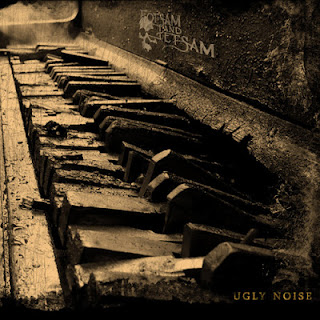 After 1995′s Drift, Flotsam and Jetsam seemed to do just that — drift off the musical map — with a series of disappointing records and a couple of long hiatuses between records. Then came 2010′s The Cold. Though it didn’t grab metal headlines or vault the band back to popularity, it was most definitely a return to form and the best material they’d released in 15 years.

If the band’s latest release, Ugly Noise, doesn’t put them back on the radar, there are a lot of metal fans out there who need their ears cleaned out.

The album, which was released to fans who helped fund it in December and got an official release on Metal Blade Records last month, finds the band refocused and re-energized.
Original drummer Kelly David-Smith and long-time guitarist Michael Gilbert returned to the fold for the recording of the album. Original bassist Jason Newsted also participated in the writing sessions, though he doesn’t appear on the record. The result is a tight, focused collection of songs that will please fans of their hard-driving 1980s thrash as well as fans of the more progressive sounds of Drift.

The title track sets the stage for the album with the feel of Drift, a piano leading into a heavy thrash riff and some solid vocal work by Eric “AK” Knutson, who I’ve often thought was one of the more underrated of the thrash vocalists of the 1980s.

It’s a welcome sound for me, since Drift is a personal favorite, but it’s not the sum of what this record is about. Ugly Noise is a record about everything that Flotsam and Jetsam has ever done, and a few things that they haven’t tried before.

“Gitty Up” heads straight into thrash territory with an earworm of a verse vocal melody, but then “Run and Hide” shifts gears, opening with a dark, keyboard-heavy slow build-up. There’s almost an industrial feel to the sound, like something you might have heard on an early Nine Inch Nails record. The song also gives Knutson the chance to stretch out his vocals.

“Play Your Part” opens with a soft, dark guitar riff that explodes into a heavier slab version of the same riff before taking a more uptempo shift. There’s some nice guitar work from Gilbert and Ed Carlson and a memorable pre-chorus that finds Knutson delivering some more of his best vocals. His performance here is a real winner. He’s not the kind of guy whose vocal chops blow you away, but it’s perfect for these tunes.

Another of the slower numbers, “Rabbit’s Foot” is a personal favorite just because I can relate to it. It opens with a moody acoustic piece and moves into a mid-tempo heavier piece. Knutson sings about a guy that’s a pretty miserable bastard in the first verse, but who manages to turn things around and get headed in a better direction by the end of the song. It’s something that I’m currently trying to do, and it’s a case of right song, right time.

Then there are some stranger moments. “Cross the Sky” opens with this soaring power metal-style vocal that seems a little out of place, but works. From there it gets grungier and darker, moving more toward their thrash roots. I really like the doubled vocals in places that add an aura of unease to the song.

But the strangeness is really evident on “Motherfuckery” which opens with a combination techno and industrial drum beat. It quickly gives way to a straight up thrash guitar riff, but the electronics run throughout, and that little beat comes back after a weird chorus. For all that, I still like it.

Of course, there are a few straight-up rip your face off thrashers. “Machine Gun” delivers the staccato rhythm of its namesake and deals with an all-too-familiar topic these days — someone who has snapped and turned to violence as a solution to their problems. Handled from the viewpoint of the shooter, the song is lyrically disturbing in this day and age in a way that it might not have been 25 or 30 years ago.

“Carry On” is an angry, but determined tune in which Knutson warns “if you’re an obstacle in my way, get down on your knees motherfucker and pray.” “To Be Free” puts a foot on the throttle and hammers down, and “I Believe,” though heavy and with prominent bass work by Jason Ward, is an almost uplifting and happy piece.

Ugly Noise seems to have just about any Flotsam and Jetsam fan covered. There’s the thrash side and there’s the progressive side. Much of the album is dark and angry, but there are brief moments of hope and happiness, as well. It’s as good an album as the band has ever made, and it might give Drift and Cuatro a run for their money as my favorite Flots works.

Posted by Fred Phillips at 4:26 PM