What a concept: 10 metal tales worth exploring 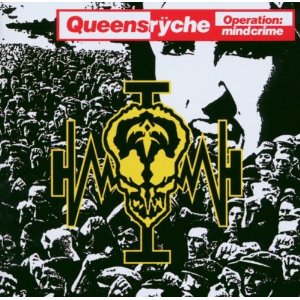 The concept album, over the years, has become a staple of the metal genre. Though there are claims to the origin of the concept album stretching back to the 1930s (or I suppose you could argue that operas were the first concept albums), the form probably reached the public consciousness in the 1960s with bands like The Beatles and The Who. In the 1970s, the concept album became the provenance of prog rock. The hard rock and metal bands of the late 1970s and the 1980s soon jumped on board, and since then, just about every metal band that wanted to seem “epic” has given it a shot, and many of them have been dreadful. It’s a tricky proposition, the balance between story and music, the thin line between the almost necessary bombast of a concept album and pretentious self-indulgement. Proven, and even legendary bands (*cough,cough*Judas Priest*coughcough*), have failed in the attempt.


For purposes of this piece, I’m not going to delve into classics like “Sgt. Pepper,” “Tommy” or “Dark Side of the Moon.” They’ve all been covered ad nauseum in other places. Instead, I want to focus on primarily the hard rock and metal side of things.

There’s also the matter of what exactly constitutes a concept record. Some will argue that albums like Metallica’s “Master of Puppets” fit in the category because all of the songs are built around similar themes. To me, though, a concept record is one that has a clear story and follows it through. So, with that definition in mind, here are 10 metal tales worth hearing.

1. “Streets,” Savatage. OK, so who didn’t know I was going here? This rock opera was the first attempt at a concept album by the team of Jon Oliva and Paul O’Neill, and, in my mind, it remains their best. Though not my favorite Savatage album (that would be, of course, “Hall of the Mountain King”), “Streets” is, in my mind, a work of pure genius from a duo that would become perhaps the most adept and prolific practitioners of the concept album in metal. Also check out their later efforts, “Dead Winter Dead,” “The Wake of Magellan,” “Poets and Madmen” and any of the Trans-Siberian Orchestra records (more on those later). The story: “Streets” follows the rise and fall of a rock star turned drug dealer named DT Jesus.


2. “Operation: Mindcrime,” Queensryche. This one would probably top the list of many metal fans and even for a professed Savatage fanboy like myself, it’s neck and neck with “Streets.” “Operation: Mindcrime” is a masterpiece, one of my top 10 albums of the 1980s, and that’s a list that’s difficult to make. There’s not a weak moment on the record from start to finish, and though the story is a heavy component, the music doesn’t get lost in it. They tried to recreate the vibe a couple of years ago with “Operation: Mindcrime 2,” and while it’s worth a listen, it comes nowhere close. Their third shot at a concept record, “American Soldier,” was a huge disappointment. The story: An addict named Nikki wakes in a hospital, unable to remember much about his past. Slowly his memories return and he realizes how he was manipulated through drugs and brainwashing by an organization dedicated to revolution.


3. “Welcome to My Nightmare,” Alice Cooper. I argued this call with myself. Alice has plenty of great concept records to choose from, including his most recent, the outstanding “Along Came a Spider” and his heaviest record, one of my favorites, “Brutal Planet.” I wasn’t sure how closely this collection of nightmare songs fit with the story portion of my requirements, but how can you go wrong with this record? The story: A journey through a child’s nightmares.


5. “Christmas Eve and Other Stories,” Trans-Siberian Orchestra. Is this cheating? You bet. TSO features the same creative team behind Savatage, but the music is taken in a more symphonic direction. All five of the band’s albums are concept records, and all five are fantastic, but the first remains my favorite. The story: An angel is given the task of coming to Earth to bring something back to God that shows the good done on Christmas Day.


6. “Magica,” Dio. I don’t know why this album seems to be so underrated among Dio fans. Released in 2000, it’s Dio’s only concept album and easily his strongest work since 1989’s “Dream Evil.” The record was supposed to be the first in a trilogy of concept albums, but, sadly, he had only begun to work on the second one when he passed away in 2010. The story: Recounts a war between good and evil over a book of magic on the destroyed planet of Blessing.


7. “The Dark Saga,” Iced Earth. The comic geek and metalhead in me rejoiced at the release of this record, which combined two of my favorite things. Not only is it a great concept album, it’s the record that shows Iced Earth coming into its own as a band. The themed album “The Glorious Burden” (which some would consider a concept) is also fantastic, while the band’s last two concept records have had their moments, but been largely disappointing. The story: A musical recounting of the story of Todd McFarlane’s “Spawn” comic about a murdered CIA agent who makes a deal with the devil to return to his wife, and of course, it’s a bad bargain for him.


8. “IV: The Constitution of Treason,” God Forbid. The newest, and heaviest, record on my list was a surprise from metalcore outfit God Forbid, as they got much more musical and much more thoughtful in their songwriting. It’s well worth a listen even for those who don’t think they’d like the more aggressive style. The story: A civilization that doesn’t learn from its history destroys itself, rebuilds and destroys itself again.


9. “Abigail,” King Diamond. I have a love-hate relationship with King Diamond and his original band, Mercyful Fate. On the one hand, he can produce some of the spookiest and most wicked-sounding metal ever. On the other, his unconventional and over the top vocal delivery can be quite annoying. On “Abigail,” it’s much more of the former. The story: A young couple moves into an inherited home that’s haunted by many spirits, including one of a stillborn girl soon to be reborn.


10. “Antichrist Superstar,” Marilyn Manson. Say what you want about Marilyn Manson, and there’s certainly plenty to say, but “Antichrist Superstar” and the Bowie-esque “Mechanical Animals” (also a concept album) are undeniably a couple of the strongest records to come out of the mid to late 1990s, a time that was pretty stagnant for heavy music. Though this record got a lot of press for its shock value, the musical side is also solid. It’s a shame that his efforts since those two records have been so lackluster. The story: A lowly man called “the worm” evolves into a destructive angel of death.


A few other concept records worth a mention:
-- “Gretchen Goes to Nebraska,” King’s X. The only reason this album didn’t make my top 10 list is that I just have a hard time hearing it as a concept album. It is, however, based on a short story written by drummer Jerry Gaskill.
-- “Queen II,” Queen. This one didn’t fit the story part of my definition, however, I absolutely love this record, so I have to include it.
-- “My Arms, Your Hearse,” Opeth. This was another tough call for the list. It’s a heavy and haunting story of a ghost who spends his time after death watching his living lover. It’s a great album, but didn’t quite make the cut.
-- “Demanufacture,” Fear Factory. Again, this is one that I have a hard time thinking of as a concept album, though it is, about a man struggling against the control of machines, reportedly inspired by “The Terminator.” It’s perhaps one of the best industrial metal records ever.
-- “Dreaming Neon Black,” Nevemore. About a man who goes insane after losing someone he loves, the record is a little different from other Nevermore offerings, but I like it.

Posted by Fred Phillips at 2:42 PM