Review: Prong - "Power of the Damager" 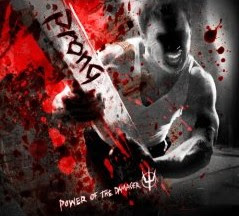 The latest release from Prong is in some ways refreshing. They’ve dropped most of the industrial, mechanical influence they adopted on Cleansing and have gone for a return to the sound of Beg to Differ or Prove You Wrong. In other ways it’s disappointing – mainly that it’s not as interesting as any of those records.

If there’s one thing that Tommy Victor has always been able to produce, it’s big, heavy riffs. Power of the Damager has those in abundance, but once you get beyond those riffs, there’s really not much left. When you hear the big riff of a song like “Looking for Them” or “No Justice,” which open the record, it’s hard to dislike it. Once the song is over, though, it’s difficult to remember much about it. Certainly, there aren’t any really infectious hooks like “Prove You Wrong” or “Snap Your Fingers, Snap Your Neck” to be found here. The songwriting is lacking and leaves some really good riffs trying to fight through a muddle of mediocrity to be heard.

Though Victor’s vocals range from melodic, hard rock-style offerings to hardcore shouts, they’re basically the equivalent of musical wallpaper. I never get that gut-punch feeling from his delivery and never really get the feeling that he believes in what he’s singing. To be fair, that’s often been a problem I’ve had with Prong in the past.

There are some interesting moments here and there. “The Banishment” reminds me a lot of “Prove You Wrong” and delivers one of the better riffs on the record and an almost funky verse melody that hangs around longer than most here, but it’s hardly a sticks-in-your-head moment. The clean guitar backed by big distorted notes at the beginning of “Spirit Guide” is nice, but the rest of the song just blends into the background.

I guess that’s what could be said of most of the album. It’s not awful, but it just blends into the background. Hardcore fans of the band may or may not laud this as a comeback record, but I just don’t find anything exciting or invigorating about it at all. The casual fan will be better served by digging out a copy of Beg to Differ.