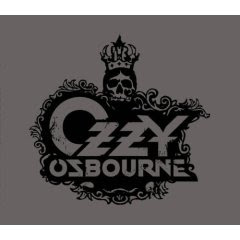 So, I'm willing to admit that the circus that has surrounded Ozzy for the past eight or nine years probably colors my thoughts on this record, but after a six year wait for new material, this record is a serious disappointment. What we have here is a collection of three or four really good songs and a whole lot of mediocrity. For me, this record is more in the vein of Ozzmosis. I don’t hate it, but I’m not likely to listen to it very often. 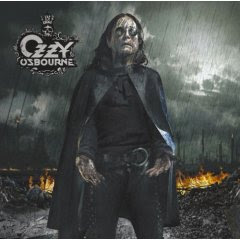 I was excited after hearing a few of the 15 second clips scattered around Ozzy’s Web site, but clips can be deceiving. A lot of those clips were heavy on the big guitar riffs from Zakk, but his guitar is notably underutilized on a number of the songs on the record. If you’ve heard the bouncy, dance-flavored lead single “I Don’t Wanna Stop,” you’ll know there are some departures on Black Rain. Some work, some don’t.

Let's go ahead and get the two ballads out of the way, “Lay Your World on Me” and “Here for You.” They're bland and they’re boring. These are perhaps two of the worst songs Ozzy’s ever recorded. To put it bluntly, in the early 1980s, Ozzy could have farted and made better music than these.

“I Don’t Wanna Stop,” for all its danciness, is strangely addictive after a couple of listens. Another dancy tune “11 Silver,” doesn’t fare so well despite a very nice solo from Zakk that reminds me of Randy Rhoads’ solo from “Over the Mountain” – one of my favorite solos of all time. It’s one of the few shining guitar moments on the record. Likewise, the blues harmonica on the title track is really cool, but the cheesy 1980s harmonies on the chorus kind of ruin the effect.

So that covers half the songs on the record, and my response to all of them is “meh.” Now for the other half, which in all honesty are pretty good. Easily the strongest song here is “The Almighty Dollar,” which opens with a very Sabbath-like riff, fades into a nice funky bass line for the verse and has a huge chorus that’s absolutely the strongest musical moment on the whole record. In fact, I’d go so far as to say this may be the best song he’s recorded since No More Tears. A close second is “Civilize the Universe” which offers up the best guitar riff on the record and also has one of those big choruses. It really puts me in mind of Sabbath for some strange reason, even though it really doesn’t sound at all like a Sabbath tune.

The remaining three songs, “Not Going Away,” “Countdown’s Begun” and “Trap Door” are all solid additions to the catalog. I particularly like the gritty beginning of “Countdown’s Begun,” with another big in-your-face riff from Wylde. (Wish there were more of those here.)

Now, the other big negative – the packaging. While I appreciate Ozzy’s environmental statement with this plain, brown, recycled slipcase, the reason that you buy a CD, as opposed to just downloading the songs, is for the packaging. I’m old enough to remember the cool packaging on LPs and realize those days are gone, but I at least expect a few liner notes. (Not to mention the much cooler artwork from the European edition -- the second picture above.)Admittedly, the reserved Ozzfest tickets are a very nice addition, but for those like me, who can’t really use them, you’ll probably end up feeling just a little screwed after plopping down 15 bucks for a glorified promo slipcase with a flap.

Just to clarify, I am an Ozzy fan. I’ll always be an Ozzy fan, and even if he decides to put out an album of dance music, I’ll still be right up front when he comes to town (though I’ll head to the bathroom or something when he starts doing the dance music). I’d just really like another great record from him – one of those with no throw-away songs. Maybe he doesn’t have another one in him, but songs like “The Almighty Dollar” certainly suggest that he might. Though I hate waiting six years between albums, I’ll wait a few more for a whole record full of those.

I’d also much rather hear about Ozzy’s music than about his kids or whatever crap his wife is starting with other famous people this week. I'd really like to hear that he's finally going to quit waffling and giving fans what they really want -- a new Sabbath record. But I don't expect that anytime soon -- or anytime at all, if I'm being honest.

Ultimately, Black Rain is just a huge disappointment. I wish I had saved the $15 and spent $3 or $4 to download the songs that I’ll probably still care to listen to a couple of weeks from now.