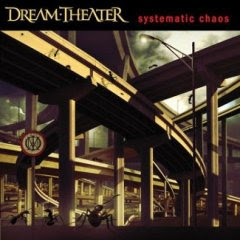 We get it, already. Dream Theater is an incredibly talented band capable of writing and performing very technical and complex songs. Still, they feel that they have to keep proving it by writing 15-minute-plus epics that showcase their mastery of their instruments.

There's a reason that "Pull Me Under" from 1992's "Images and Words" was the band's biggest commercial success. It married the technical with the hummable, and its 8-plus minutes didn't feel like an eternity the way many of the songs on this record do. The best here are "Constant Motion," a thrashy tune with the only semblance of a hook on the album, and "Dark Eternal Night," which features one of the best grooves (and some of the worst vocals).

On the other end of the spectrum are the disco-like beat of "Prophets of War" and the elevator music ballad "Repentance," which will likely have listeners snoozing by the halfway point. In between, you'll find "Forsaken," in which a lifeless verse steals the power of its opening guitar riff, and "In the Presence of Enemies Part II," which has a great seven-minute song buried about six minutes into its 16-minute running time.

I'll admit that perhaps I'm no longer in the core audience for a band like Dream Theater as I was in the 1990s. I have drifted farther and farther away from prog as I've gotten older, and while there are some great moments scattered throughout the record, I find the majority of the songs on this album incredibly boring.

Ultimately, to me, it seems like a lot of "look what we can do," and very little real songwriting. True, you don't want a band like Dream Theater doing standard verse-chorus-verse constructions or playing to the lowest common denominator, but a hook every now and then wouldn't hurt anything, either.