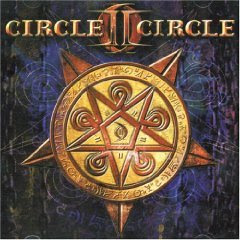 Nearly four years after his last performance with Savatage, singer Zak Stevens returns with a vengeance.

On "Watching in Silence," Stevens debuts his new band and gets by with a little help from his old friends. Savatage founder, vocalist and keyboard player Jon Oliva helped produce the album and also co-wrote many of the songs with Stevens. Savatage guitarist Chris Caffery also contributed to the writing process.

The result is something that sounds a whole lot like the symphonic metal masters, but at the same time Stevens tweaks the sound enough to make it his own. While songs like "Into the Wind" and "The Circle" obviously evoke his former band, the music is perhaps a bit less complex than his later work with Savatage. It's also very strongly influenced by Queen.

The album has a nice mix of heavy, symphonic blasts and soft piano-laced interludes, and Stevens, who has one of the finest voices in the business, is in top shape here. On "F.O.S.," he even provides the layered vocal breakdowns that became a highlight of Stevens-era Savatage.

Though it's uncredited, and I'm not 100 percent certain, I believe the menacing whispers on "Forgiven" may be Oliva. If so, it's a bit of a letdown for me. I've been waiting a long time to hear those two magnificent voices swapping vocals the way they do on the live versions of some songs - maybe one day I'll get it.

In the meantime, I've got a great album from Zak Stevens, with a new Savatage album in the works for later this year. What more could I ask for?

Get "Watching in Silence."
Posted by Fred Phillips at 11:31 PM