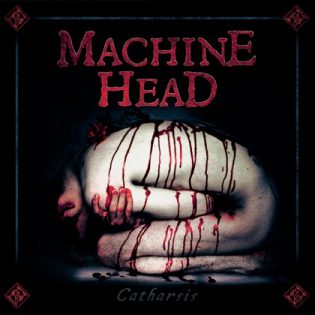 There seems to be quite a lot of dislike in the metal world for Machine Head’s latest outing, but in truth, I think it’s one of the most interesting records that the band has ever done.

I get that frontman Robb Flynn is opinionated, outspoken and often gives off an air of self-importance that can make him a tough guy to like. But I’ve got quite a bit of practice in putting a musician’s personality aside and separating it from the music.

I get that some of the songs on Catharsis perhaps don’t sound like Machine Head is supposed to. Honestly, though, that’s why I like it. I’ve never been a huge fan of the band, and one of the reasons is that I find a few good songs on each album and the rest sound kind of the same. Catharsis, as the name would suggest, seems to be a very personal album for Flynn, and as a result it’s more varied and more interesting.


Let’s start with the title track, which also happens to be one of my favorites on the album. I’m a huge fan of blending the melodic and the heavy, and “Catharsis” does that wonderfully. There’s this great mix of raging, smashing anger and melancholy melody that just draws me in. The tough-guy persona of Robb Flynn is in full effect on the verses, but a little vulnerability shows through the cracks in the song’s softer moments, letting the listener know that, maybe there’s a little uncertainty in the chest-thumping. It’s not necessarily something that metal musicians are known for exposing.

From there, let’s move to the tune that seems to be the lightning rod, “Bastards.” The song begins strongly as an open letter to Flynn’s children about being themselves and standing up for what they believe in. With a folk-influenced opening and a bit of a punk-rock feel in places, it’s his response to the election of Donald Trump but despite the inspiration, it’s a song that, in the early-going, could be about so many different things in the current world situation. Through the first verse, it’s quite open to interpretation and would probably connect on some level with any listener who has children and is worried about their future and the state of things.

Somewhere around the midpoint, though, it skids into a political rant that spoils the sentiment a bit. As a redneck who didn’t vote for Trump (or Hillary Clinton) and really has no beef with anyone who has never done anything to me personally, I take a bit of offense at the broad categorizations he makes and Flynn’s choice to use the word redneck to stand for racist. Even with its problems, though, I still think it’s a good song and putting aside the personal politics, there’s a great message about standing for what you believe, looking beyond people’s outer appearance (even rednecks like me, Robb), and not letting the bastards grind you down.

As a very personal album, Machine Head’s Catharsis is also going to have some not-so-great moments. That’s part of the deal. Robb Flynn’s songwriting can be frustrating because he’s capable of intelligent, even profound lyrics. “Darkness Within” from the band’s 2011 release Unto the Locust is a masterpiece in my mind. At other times, though, he goes for one-sided politics or lyrics that are juvenile and a bit douche-y. A good example is “Razorblade Smile.” I can’t really tell if the song is pro-drug, anti-drug, anti-Trump or all of the above, but I can say that, lyrically, it’s kind of dumb.

The political lyrics are also problematic for me at times because they do sap some of the enjoyment out of otherwise good songs. I get enough of that junk everywhere else I turn, and look to music to escape the political zealotry I find elsewhere. In his anger, Flynn also often seems to contradict his own stance from song to song and sometimes within the same song.

I know. To this point, it sounds like I hate Catharsis. In fact, that couldn’t be further from the truth. I really, really like it. Machine Head has released a very polarizing and conflicting album, and good art should be both of those things at times. I can bang my head with one of guitarist Phil Demmel’s huge riffs even while being annoyed at some of Robb Flynn’s lyrics, and there are those great moments scattered throughout that can bring all facets of the audience together.

One of those is “Kaleidoscope,” an ode to the cathartic and moving power of music. It falls along the lines of “Darkness Within,” but with more anger. The chorus – “This hole in my soul/Songs fill what religion won’t/No hope, I can’t cope/Music plays in kaleidoscope” – is sure to connect with anyone that turns to music for relief in times of struggle. I think the song is easily one of the strongest statements that Flynn makes on Catharsis. Though it also has the political overtones, it benefits from being a little more open to interpretation so folks like me, who think both sides of the political spectrum are full of shit, can completely agree and sing along loudly and proudly.

Flynn does delve into some more traditional metal fare, particularly toward the end of the record. Another favorite, the eight-minute “Heavy Lies the Crown” introduces his listeners to the “spider king,” Louis XI of France, so called because of the plots that he weaved against his opponents. “Behind a Mask” explores the ways that people hide pain and present a brave face to the world. And Machine Head revisits a regular theme of this record in “Grind You Down,” which also offers up another solid mix of the melodic and heavy.

So, yeah, I do think Catharsis has some issues. On the other hand, I also think that it’s a record that Robb Flynn and his bandmates put a great deal of heart and emotion into, and that makes it far stronger and more intriguing than another safe, paint-by-numbers Machine Head album would have been. Flawed and deeply personal go hand-in-hand in most cases.

I’m sure that I’ll continue to have conflicted feelings about much of the record the more that I listen to it. I’m equally sure that it will stand as one of the better albums that I hear this year.