Review: S.U.N., "Something Unto Nothing"

This is what your music is supposed to sound like:

I joke, but only just a little.

My first thought on hearing “I’m the One,” the latest single from S.U.N., was that it had the strut, swagger and attitude of classic Aerosmith. That holds true throughout the album, which is one of the better slabs of old-fashioned, straight ahead hard rock that I’ve heard in a long time. 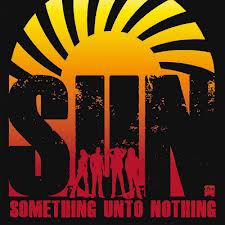 There’s a lot of experience packed into this group. They’re fronted by Canadian singer Sass Jordan, who wails her butt off all over this record from gritty rock growls to smooth ballads. Well-respected drummer Brian Tichy (Billy Idol, Ozzy Osbourne) recently resigned his most recent post with Whitesnake to make this his full-time gig – on guitar. Bassist Michael Devin also comes from the Whitesnake camp, and drummer Tommy Stewart is best known for his time in Godsmack, but also played for Lillian Axe, Fuel and Everclear.

The band gives absolutely no consideration to current trends in music on its debut album. Instead, they just crank it up and play. There’s a very heavy 1970s hard rock vibe. That, of course, being the time when music was done this way routinely. There are lots of slinky, blues-based heavy rock guitar grooves from Tichy. There are claps, tambourines, and, yes, I believe even the occasional cowbell.

Aside from “I’m the One,” which is just a fantastic toe-tapping rocker, the first track that I heard from this group, “Nomad,” is my other standout favorite. It’s a darkly grooving number that I can’t help but bob my head to when it comes on. The band gets a little funky on “Did Me No Good,” which shows that Tichy does indeed have the guitar chops to match his drum chops. He shows it again on a Spanish-flavored instrumental with a tongue-in-cheek subtitle, “The Beginning of the End (The Journey of the Phrygians from Madrid ).”

There’s some Southern rock creeping in around the edges on “Mobile Again,” the fifth track, and the first place the pace slows down even a little bit. Of the slow songs, ballad “If I Was You” is pretty solid, and that’s saying something if you know how I feel about ballads. It has a nice shimmery guitar part and a 90s alternative flavor. Even better is “ Wide Ocean ,” which starts out with bongos and an acoustic guitar. It eventually builds to a more typical rock ballad, but that first part is really good.

“Razed” starts out sounding like a ballad, but then blows up into a bashing, bombastic Led Zeppelin-influenced hard rocker. There’s another lesson for Aerosmith on “No Way Home,” a harmonica-blowing, blues-based boogie tune that’s about as hot as it gets, and on album-closing song “Goodbye,” which is a better Aerosmith ballad than any they’ve recorded in a good long while.

After hearing “Nomad,” I was excited to hear the rest of this project, and it doesn’t disappoint. If I’d gotten my hands on it before the new year, it almost definitely would have notched a spot on my hard rock top 10 list for last year. I’m just glad I did get my hands on it. If you’ll excuse me, I’ve got to crank it up and annoy the neighbors now. Rock on.

Posted by Fred Phillips at 8:53 AM