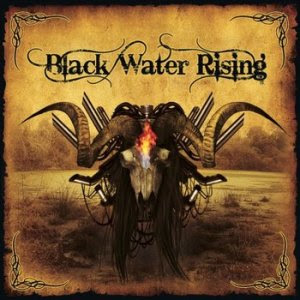 (Editor's note: This review was originally written in April to coincide with the scheduled release date of the record. The album was pushed back due to negotiations with a label, but is now available for download at iTunes and other outlets.)

The New York-based band started with former Dust to Dust singer Rob Traynor, who spent two years writing the material that would be the basis for the band’s debut.

The band has built a following through MySpace, a hit YouTube video for the single “Brother Go On” and radio play on Sirius Satellite’s Octane station.

You know what this record is about as soon as the huge riff of opening song “The Mirror” kicks in. It’s all big grooves, big guitars and big hooks. The record, while fairly polished, manages to retain a rough and ready sound. It’s a blend of thick metal guitar slabs, raw rock ‘n’ roll energy and even a little bit of Southern rock attitude.

It’s easy to see why “Brother Go On” has become a hit on YouTube with a huge, catchy chorus that worms its way into your head. The band’s different facets are on full display on “Hate Machine,” which opens with a riff pulled straight from the Black Sabbath catalog before moving into a more modern-sounding upbeat bounce for the verse.

The band does occasionally inject a bit of artsy, alternative influence on tracks like “Blessed,” but are at their best on straight-up rockers. The two hottest tracks fall in the middle of the record. “No Halos” may be the best pure hard rock song I’ve heard in a long time. It opens with a bluesy run through the chorus before settling into a King’s X-influenced verse groove, followed by the huge riff and chorus hook that are constants throughout the record. “Living Proof” is just as solid, adding a little funk to the mix and offering perhaps the biggest of the big choruses here.

With a wide range of moods on the record, listeners will hear bits of everything from Soundgarden to Sabbath to Tesla in the 11 tracks, and nearly every song here is catchy and memorable. While the band doesn’t break any new musical ground, if you’re looking for some good old-fashioned grooving hard rock, Black Water Rising is ready to flood your ears.