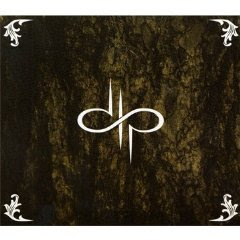 I've been a fan of Devin Townsend since I first heard him as vocalist and second guitar player on Steve Vai's "Sex & Religion" album. I haven't always liked the music he's done, but I have to say that every project he's been involved in has, at least, been interesting.

With "Ki," he opens another chapter in his career. In 2007, Townsend disbanded his long-running extreme metal outfit Strapping Young Lad and decided to devote more time to his family. In the intervening two years, he's sobered up and written a series of four records with what he says are very distinct sounds, all of which he hopes to release before the end of the year, followed by a short tour. This is the first record, and it's very different from anything that Townsend has produced before.

The record opens with the brief soft, clean guitar sounds of "A Monday," and listeners familiar with Townsend's previous work will be expecting that explosion of sound and ferocity on the following track "Coast." They may be disappointed. Instead, the second track opens with a slowly building noise, followed by some interesting funky jazz fusion-ish riffing that continues to build as Townsend sings softly. There's finally a little clash of metallic sound at the end, but it's relatively brief and drops back into an acoustic lick.

The third track, "Disruptr" is one of the better songs here, opening with a bass-heavy groove and following the same pattern as the previous track, building into a heavy, maniacal attack at the end with Townsend singing in more of his usual growling and warbling style. It doesn't take long for listeners to hear the connections in the songs. It should be apparent by fourth track, "Gato." There are a lot of very similar grooves, beats and themes laid down in each tune, yet each retains its own unique character.

Townsend continues to throw some strange and quirky things into the mix as "Ki" goes along. There's the quiet, wah-laden blues licks on "Ain't Never Gonna Win," the jazzy licks of the title track, The Beatles-esque sounds of "Lady Helen" and the country/Southern-rock stylings on the opening of "Trainfire," which is at the same time one of the most out of place moments on the record and one of the most fun, as Townsend does his best Elvis impression on the opening verses. A fun little wink and nod comes toward the end of the album, with the tune "Quiet Riot." Surprisingly, a jaunty acoustic piece filled with Beatles influence, it sounds nothing like the band that is the namesake of the song -- yet there is a connection.

Like all projects Townsend has been involved with, this one is quirky and more than a little strange. It's a varied piece of work loaded with surprises, if rather sedate by Townsend's previous standards. I'm not sure that it's something I'd choose for everyday listening, but it's certainly interesting enough to earn a spot in my collection. I'll be curious to hear the other three installments and see how they fit together.