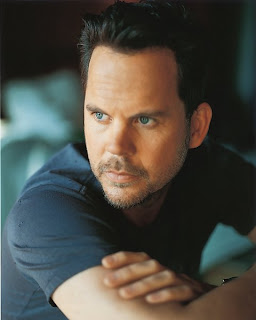 You see, Allan has a problem with the direction of country music today. He said he thinks there's too much fluff and not enough honesty, too much production and not enough real-life.

"I keep hearing this demographic that everybody goes after called soccer moms, and I know none of my heroes ever cared whether the soccer moms bought their album," he said. "I don't think country music was meant to be politically correct. There was always a cool factor and an honesty to it, and I try to do that with my records."

There's certainly not a lot of political correctness on Allan's most recent offering, "Alright Guy." It features the title track, an ironic ditty about a clueless jerk, and "What Would Willie Do?" a decidedly un-PC ode to country crooner Willie Nelson. Allan had the opportunity to play that one in front of the country legend shortly after he recorded it, when he played a string of dates with Nelson.

Like Nelson, Allan's not your typical country singer. He grew up in California, surfing and listening to punk rock. But he always had one foot in country.

"My dad played country music, and so did my brothers, so I've played bars and been in country bands since I was 12," he said. "A lot of my heroes were those California guys, you know, Buck Owens, Merle Haggard, Lefty (Frizzell), Dwight Yoakam. Although, I was on the West Coast, I definitely grew up in the thick of country music."

"We always wrote music to play live in front of people in a bar, to take them through a night of drinking," Allan said. "When I first got to Nashville - which wasn't until I was like 26 - that was the first time I'd ever heard the word radio-friendly when I was writing a song. I think it's just a little more raw and a little less polished, the stuff that comes off the West Coast."

Allan hopes to advance the cause of West Coast country more with an upcoming album. He just finished recording his fifth album and is waiting for it to be mixed and mastered. He thinks it's some of his best work.

"I'm way fired up about it," he said. "We've got some good stuff. It's definitely got some edge to it, but it's definitely different. I think with each record, you just get a different piece of me."

Fans can expect to hear some of the new tunes in his live show. Allan said he's currently throwing four or five of them into the set each night.

While Allan still may not be a darling of Nashville, his albums continue to perform well. It's music that appeals to people who are tired of the pop influences that have invaded country music. While Allan doesn't know whether country music will return to what it once was, he has a clear idea of what he'd like it to be.