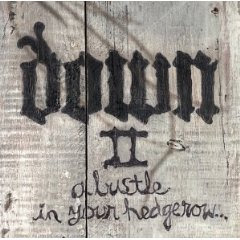 "Learn From This Mistake" is a slow blues number, almost like a lounge tune. "Where I'm Going" is a laid-back twangy country blues song, and "Lies, I Don't Know What They Say, But..." is classy mix of soft jazz and Texas-style blues.

The opening cut, "Lysergik Funeral Procession," is lifted straight from the Black Sabbath songbook, as is the chunky opening riff of "New Orleans is Dying."