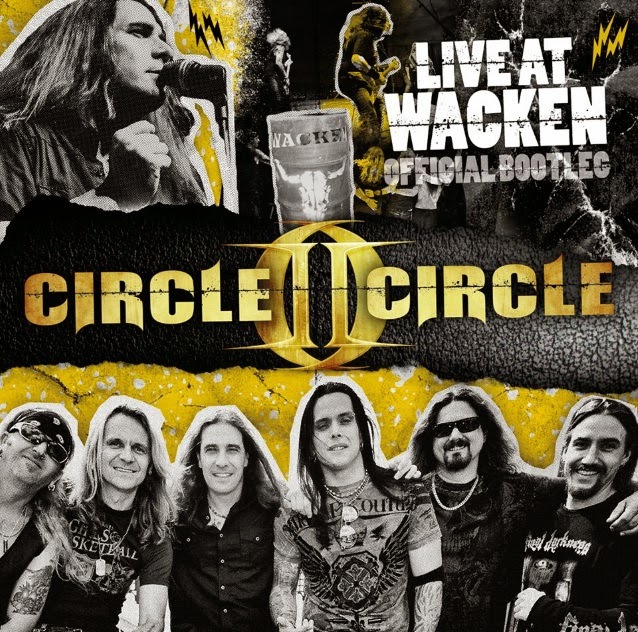 It may have been a bit surprising to the crowd at the Wacken Open Air Festival in 2012 when Circle II Circle took the stage not to play music from their albums, but to perform Savatage’s 1997 album The Wake of Magellan. It was the last Savatage album to feature Circle II Circle frontman Zak Stevens, and one of the more underrated in their catalogue.

Though video of that performance has been available on YouTube for some time, the band has finally released the official audio version of it.

First of all, this isn’t a complete performance of The Wake of Magellan. For one thing, Circle II Circle had only about 40 minutes of set time, and the album checks in at about an hour. A couple of instrumental pieces are cut to make the time, and they don’t perform the two songs on the album originally sung by Jon Oliva — “Another Way” and “Paragons of Innocence.” They also play around a little bit with the order of the songs so they can close with “Blackjack Guillotine,” arguably the album’s heaviest track.

Other than that, though, Stevens and his current bandmates do a very respectable job in recreating the Savatage album in the live setting. Though Stevens is the only member of the band with a connection to Savatage, they show a great reverence toward the material.

The biggest question I had going into this performance was if Circle II Circle would be able to deliver the counterpoint vocals in “The Wake of Magellan” and “The Hourglass.” My absolute favorite part of a record from Savatage’s more symphonic period in the 1990s is when, at least once per album, they deliver those layered vocals that are so precise, yet sound like barely controlled chaos. I’ve been known to just rerun those sections of Savatage and Trans-Siberian Orchestra albums over and over.

They handle them quite well, particularly on “The Wake of Magellan.” Of course, it’s not going to be studio quality where Stevens and Oliva can duplicate their vocals over and over to create those layers, but Stevens’ new bandmembers handle it about as well as a six-piece band can in a live situation. In fact, “The Wake of Magellan” ends up being one of, if not the strongest, performance of the set. Mitch Stewart thumps out Johnny Lee Middleton’s powerful bass line, which drives the song, and Stevens proves in the vocals that he’s not lost a step in the intervening years, delivering them with all the drama and flair of the original.

Though there’s not really a weak moment on the record, the best moments come on “Complaint in the System,” “Turns to Me” and, naturally, “Blackjack Guillotine.” Based on the story of journalist Veronica Guerin, the Irish journalist who was murdered because of her work in exposing gangs and drug trafficking, “Complaint” is probably the most energetic song from the album that’s included in the set. The band captures the drama of “Turns to Me” perfectly. “Blackjack Guillotine” mixes the drama and power and is just a crowd pleaser. The band made a good decision, I think, to rearrange and save that song for last. I must say that I miss the two Oliva numbers, particularly “Paragons of Innocence,” but that’s just the fanboy in me.

Having heard the raw version of the set, I give the band credit for not using a lot of studio trickery on it. The backing vocals are brought forward in the mix, especially on those counterpoint portions. They also scrubbed a few technical difficulties — amplifier hum in the quieter portions and some guitar buzz issues that marred one of the quieter parts of “The Hourglass.” Otherwise, it sounds a lot like what you hear on the raw version.

Stevens is in fine form, and it’s nice to hear these songs performed live again. It whets my appetite for this summer’s Wacken, which will be headlined by a reunited Savatage. It’s being billed as a one-off show to coincide with TSO’s first festival appearance, which will happen before Savatage takes the stage. I’m glad that Stevens will be involved in that reunion and also hopeful that, despite what is being said, it might lead to something more down the road.