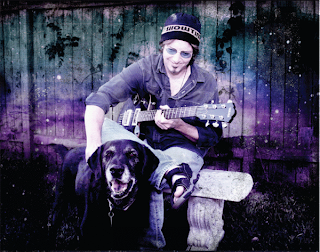 What King's X fans want, they get. The proof of that is in the band's latest album, "Black Like Sunday."

The album contains newly-recorded versions of some of the oldest songs in the band's catalog - songs that go back beyond the first record deal to the days when King's X was an unkown band touring the country out of Springfield, Mo. Guitarist Ty Tabor said the band members constantly field requests from hardcore fans for their favorite tunes from that era, and they finally decided to dedicate an album to those tunes.

"We wrote hundreds of songs that were never put on a record, but they were favorites of people in different areas of the country," he said. "People have been begging us to do an album of all that material for all these years, and we finally got to a point where it made sense to us to do it. It's the most representative album of what this band is really about and where we come from. It's some of our favorite music ever."

Tabor does warn that "Black Like Sunday" isn't a typical King's X record. In recent years, the band has become more and more experimental, but this album has a more primitive sound than even their early albums like "Out of the Silent Planet" and "Gretchen Goes to Nebraska." Based on the reactions he's gotten, he thinks most people will come around to the sound.

"If people listen to it not thinking that it's King's X, they love the record," he said. "If they listen to it thinking it's a King's X record, they already have this idea in their head of what they think it's supposed to be, and it throws them a bit at first. But all of them, after listening to it a few times and letting it grow on them, have come to just really love the record."

Tabor admits it was a chore combing through tons of old tapes and trying to find the right songs to put on the record. He said they were searching for the songs they thought were most effective, as well as the ones that were fan favorites.

"We ended up with enough to do a double or triple album, so we just gathered the ones that we liked and some of the ones that we got the most requests for, even if we didn't like them," he said. "Several songs were actually like that."

In the end, he's proud of the album.

"After we did it, because of how we're playing these days and how we're interpreting things, we got very excited about these songs," he said. "We realized that these were good songs, and we shouldn't have just thrown them out."

He also thinks the tracks on the album are relevant to today's music scene, even though some of them are 20 years old.

"In the earliest days of the band, we were doing some stuff that was really high-energy, almost punk, and we were doing a lot of the stuff that's like the alternative music now," he said. "Some of it sounds like it fits with what's going on now with no problem. The only difference is this was written in a different time period, when it was much more radical music."

If "Black Like Sunday" goes over well with fans, Tabor says there's plenty of early material left that they'd love to put out. But, he adds, King's X won't live in the past. The band is constantly writing new material as well.

As for the future of King's X, Tabor said the critically acclaimed power trio is stil alive and well. Though they don't pop up in the media as often, they've managed to build a hardcore, dedicated fan base. In fact, Tabor says their last headlining tour was one of the best attended and most successful in the band's history. It's those fans that King's X is banking on.

"We did drop out of spending money to keep our faces in the media," Tabor said. "We decided to spend our money in different ways to keep this thing going and build it in a different way. Although it doesn't have all the appearances that it used to, King's X is rolling on."
Posted by Fred Phillips at 4:55 PM