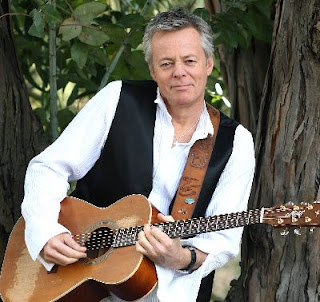 Guitarist Tommy Emmanuel has played all over the world, from the Sydney Opera House to the Grand Ole Opry.

"I've played in places that have never seen a white man play guitar before, places in Africa, Burma and Vietnam," he said. "I grew up in the Outback of Australia, so no kind of culture really shocks me."

Emmanuel said he approaches all of his shows in the same way.

Emmanuel is touring in support of his latest album, "Only." It's his first solo acoustic album, as well as one of the first releases on the acoustic arm of Steve Vai's Favored Nations label. Emmanuel said many of the songs on "Only" reflect his own experiences.

Emmanuel said the task of making an album that featured only him and his guitar had some challenges, but the choice of guitar was not one of them. He says the acoustic has a depth that the electric can't match.

"I think for the songs I write and the way I play, the acoustic is the right choice," he said. "Electric guitar, I enjoy too, but with that you definitely need backing; you need a band. The acoustic is like its own little orchestra. It's got everything, and when you play in that style, it's truly self-contained."

Though Emmanuel is a household name in his native Australia, he's only begun to achieve the same kind of fame in the rest of the world. It began with a performance at the closing ceremonies of the Olympic Games in Sydney, Australia. That, he says, was one of the highlights of his career.

"It was an extreme honor to be asked to do that," Emmanuel said.

But during the performance, he says he didn't consider the wide audience he was reaching.

"The amount of preparation it took to put that together was an extraordinary effort on everyone's part," he said. "At the time, you just concentrate on trying to do the best job you can and being part of a whole team of people. When you're out there, you don't think, `there's 2.5 billion people watching this' - you just don't think of it. You're just trying to play your best."

After that performance, he made his way to the United States where he played the Grand Ole Opry with one of his mentors, Chet Atkins. He was also nominated for a Grammy for a collaboration with Atkins and peformed on Atkins' final album.

Ultimately, though, Emmanuel says music isn't about worldwide recognition, it's just what he was born to do. He thinks people who attend his concerts will see that.

"I think people are going to see somebody doing something that they're born to do," he said. "I've played music all my life. It's not only how I make a living, but it's also, I believe, my calling in life. I think if people come out with an open mind and an open heart, they're going to have a great time."
Posted by Fred Phillips at 6:08 PM