Review: Bob Wayne, "Back to the Camper" 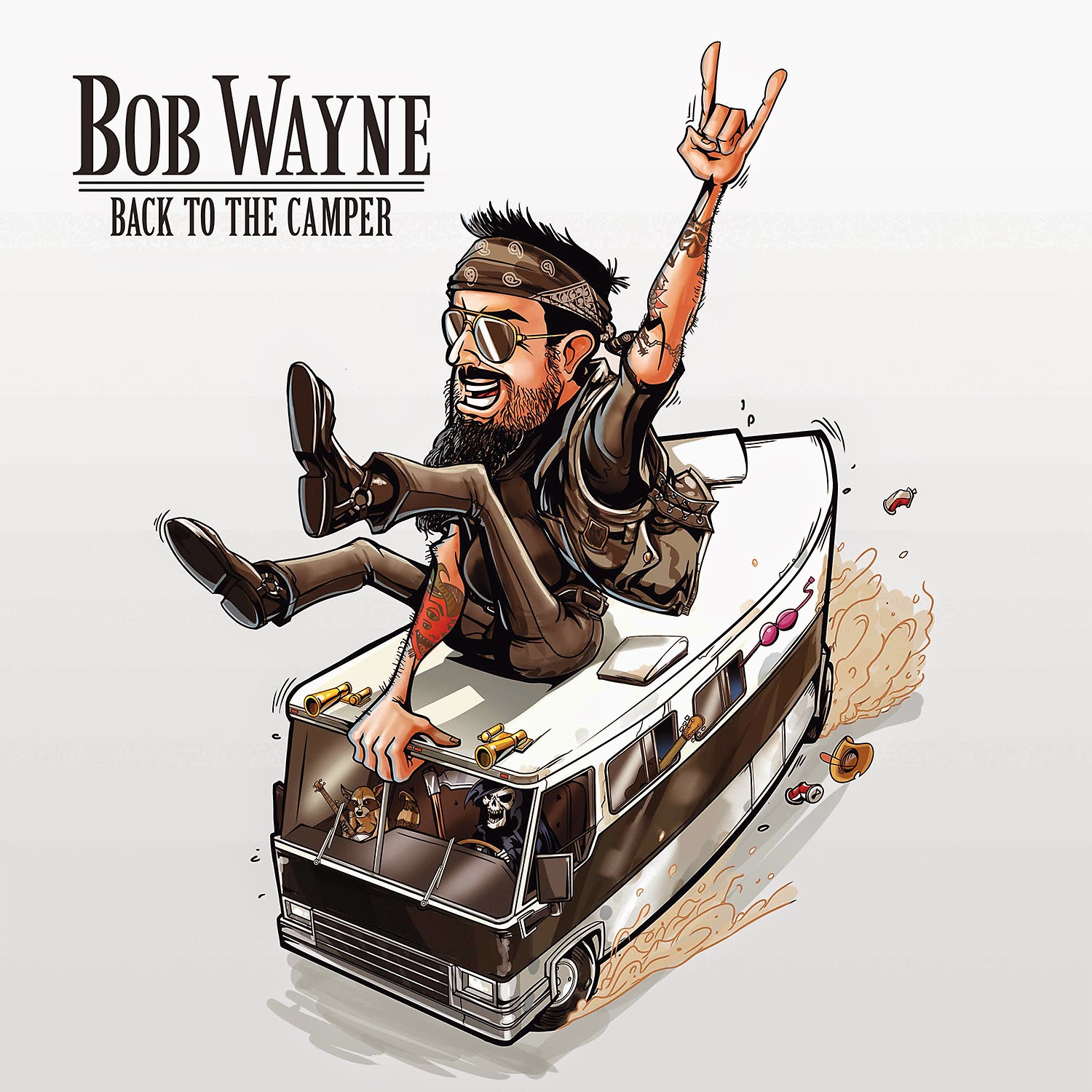 After a two-album stint with metal label Century Media, DiY-country artist Bob Wayne heads Back to the Camper for his latest record. The title references his early years of making his own records and hand-burning them in his John Deere motor home.

Wayne, who is still signed to Century Media’s People Like You imprint in Europe, went back to basics for the album, and the results are fantastic. While Wayne’s two Century Media albums focused more on the rowdy side of his personality, with loud and brash tunes — many re-recorded versions of earlier songs — Back to the Camper is a quieter and more thoughtful affair.

It has the feel of one of his earlier self-released albums, only with better production values, and features easily some of his best songwriting to date. The focus rests firmly on Wayne’s storytelling in these songs, and he spins some good tales.


My personal favorite is “Granuaile,” a tune based on legendary Irish pirate queen Grace O’Malley. Why is it my favorite? Because pirates, that’s why. Aside from the subject matter, though, the song does have a folksy, seafaring air with strings that are more gypsy violin than country fiddle and some interesting percussion. It’s a bit different than Wayne’s usual sound.

Another departure comes on “Showdown,” the only re-recording on this album. The song, which originally appeared on the 13 Trucking Songs album, tells the tale of an ill-advised high noon challenge to a gunfight. The tune features an Old West piano line and some very jazzy chord progressions. There’s also a tasty jazz guitar solo thrown in for good measure.

The record kicks off with one of its rowdier numbers, “Sam Tucker,” which Wayne revealed in a live video last year. Another storytelling number, it visits classic country ghost story territory as the narrator goes searching for the stash of an Alabama gold miner and gets a little more than he bargained for. Following that theme, the dark, banjo-driven “Evangeline” finds its subject caught under a spell and married to a witch and tells his struggle to free himself.

Wayne invites a couple of guests along for the ride in the camper. Elizabeth Cook joins him in a duet on “20 Miles to Juarez,” one of the strongest pieces on the record. Wayne and Cook play the parts of a Bonnie and Clyde-type couple, thrown together by chance and on a wild run from the law to the border. Despite the subject matter, the song is pretty restrained, with some nice fiddle and guitar work. Cook and Wayne work great together.

Wayne’s evolving songwriting shines through on “The River,” a song written from the point of view of a river flowing toward the ocean. The tune puts me in mind of Willie Nelson and is about as far from the wild partying anthems he’s been known for as you can get. And speaking of Willie, he also pays homage to some legends in “Violent Side of Me,” in which he imagines that classic artists actually lived out the stories of their songs. He also gets a little plug in for former boss Hank III among the tribute to the greats, one of a couple on the record.

If there’s a song title on the record that cried out to be one of Wayne’s rowdy hell-raisers, it’s “Hillbilly Heaven.” Surprisingly, though, the tune is more of a reflective piece, with Wayne talking to God and outlining his failings. It’s one of two tracks with some religious overtone here, though neither could be construed as anything approaching gospel. The other is album closer “Revelation,” which features some cool Spanish rhythms and tells the Bible story from Revelations.

Aside from “Til I Die,” there really isn’t much of the shallow sex, drugs and partying material that we’ve come to expect from Wayne on Back to the Camper. There’s still humor and fun, and there’s still plenty of rowdiness, but it’s of a bit different nature than some of his past work.

Back to the Camper shows Wayne really maturing and developing as a songwriter. He’s finding a voice that, while still completely recognizable from his earlier material, also seems to have deeper thoughts and a bit more to say. Back to the Camper, I believe, is hands down Wayne’s best work to date.

Posted by Fred Phillips at 7:38 PM